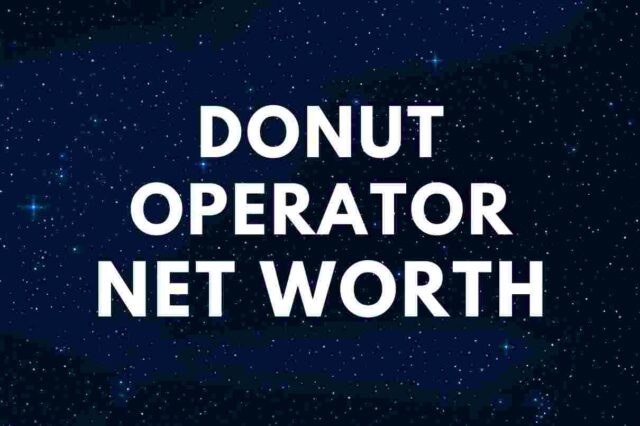 Donut Operator (real name – Cody Garret) is an American former SWAT team member and a police officer who uploads a variety of police oriented content on his popular YouTube channels.

Garret has a sister who became a police officer in 2012.

He went to Spartanburg Community College.

”At the time, I had just quit policing to pursue YouTube,” Garret explained. He added: ”I ended up living in my mom’s basement for 2 years while grinding on YouTube. She believed in me and never asked for a penny.”

Garret usually uploads police footage reviews where he gives his opinion based on his previous career as a police officer.

In 2016, Cody rescue an orange kitten who he found under a dumpster in the rain. He decided to name the new cat Squirt.

”We named him squirt because he is small, and he squirted yellow all over the place when we brought him home,” he said.

Garret already had a rescue cat who had just given birth to three kittens. One of his cats named Toothless decided to take the role of mama cat for “Squirt.”

”Toothless is all strung out on the catnip I gave her for being such an awesome mom,” Cody said on his Instagram. Squirt and Keanu are pretty happy though.”

Donut Operator is not married, but he was in a relationship with Kaley (also known as Wine Operator).

”This man is incredible, y’all. I have never met anyone who gives 110% to everyone and everything in their life,” Kaley wrote in June 2020 on Instagram. ”He is the most giving human I have ever encountered and is constantly looking for new ways to give back to those around him.”

Cody has a son named John from a previous relationship.

”John was Baby Yoda before it was cool,” Garret joked on Twitter in October 2020.

”’I’m intelligent’ – people on the internet who are not intelligent.”

”You said you would never forget. But judging by your actions, you forgot.”

Cody has collaborated with other famous YouTubers, including Brandon Herrera, Mat Best, and DemolitionRanch.

In November 2021, Garret received a seven-day ban on Twitch.

Garret earned most of his wealth from advertisements on Youtube. His channels have over 914 million views, meaning about $2.7 million in revenue before taxes.

”I bought a car, a house, and continued to educate millions of people about police tactics and procedures,” Cody said.

In addition, Garret streams on Twitch (over 488k followers). On the platform, the former police officer makes money from ads, donations, and sponsors. In addition, he has more than 1,600 subs — meaning about $4,000 in revenue per month from subs.

Cody also sells merch on donutoperator.com/#shop-1-section. He has more than 675 patrons on Patreon — the membership fee is $1.

Therefore, American YouTuber Donut Operator has an estimated net worth of $1.5 million.

READ THIS NEXT: Who is Larry Elder?