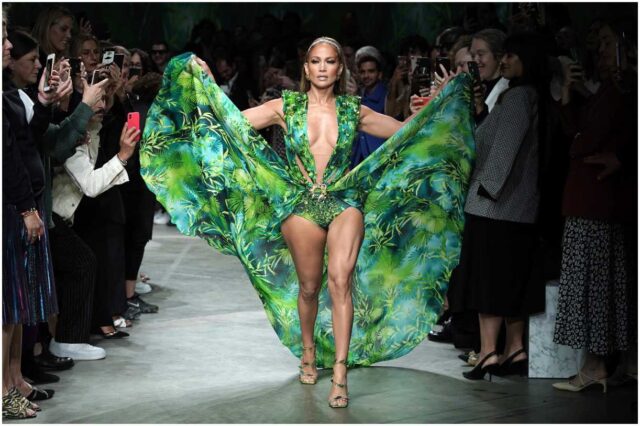 The Bronx is the northern part of New York City, US. The name “Bronx” originated with Jonas Bronck, who established the 1st settlement in the area as part of the New Netherland colony in 1639.

It is the third most densely populated county in the US, after Manhattan and Brooklyn.

List Of 21 Famous People From The Bronx, New York

Gotti was an Italian-American gangster who became a protégé of the Gambino family underboss Aniello Dellacroce. He later became the boss of the Gambino crime family in NYC.

Lopez is an American businesswoman, actress, and singer, who has received a landmark star on the Hollywood Walk of Fame.

Her 5th studio album, Como Ama una Mujer, received the highest first-week sales for a debut Spanish album in the US.

Jennifer was born on July 24, 1969, in the Bronx borough of NYC, to David López and Guadalupe Rodríguez.

Alda is an American author and actor who was nominated for the Academy Award for Best Supporting Actor in The Aviator in 2004.

Some of his television series and film credits include – Marriage Story, Bridge of Spies, Flirting With Disaster, Crimes and Misdemeanors, The Four Seasons, Next Year, Same Time, 30 Rock, and The West Wing.

Alan is best known for his role as Hawkeye Pierce in the war television series M*A*S*H.

Corrigan is an American actor who performed in Results, Big Fan, Seven Psychopaths, Pineapple Express, Superbad, The Departed, and Goodfellas.

DeLuna is an American singer who released her debut studio album – 9 Lives – in 2007. Her debut single “Whine Up” topped the Billboard Hot Dance Club Play chart.

Joel is an American singer-songwriter who sold more than 150 million records worldwide. He is the third best-selling solo artist and the 6th best-selling recording artist in the US.

Pastore is an Italian-American actor who is best known for his role on the HBO series The Sopranos. He was born on July 14, 1946, in the Bronx, New York, US.

Reiner is an American actor and comedian, who is best known for his work on The Dick Van Dyke Show. Carl also acted on Your Show of Shows.

Washington is an American actress who received a Primetime Emmy Award nomination for her performance in the HBO television film Confirmation as Anita Hill.

She was born on January 31, 1977, in the Bronx, New York City, to Valerie and Earl Washington.

Siff is an American actress who performed as psychiatrist Wendy Rhoades on the Showtime series Billions.

Maggie was twice nominated for the Critics’ Choice Television Award for Best Supporting Actress in a Drama Series. She is best known for her role as Tara Knowles on the FX drama Sons of Anarchy.

Snipes is an American actor who gained fame for the character Blade in the Blade film trilogy.

Wesley was born on July 31, 1962, in Orlando, Florida, to Wesley Rudolph Snipes and Marian (née Long). However, the American actor grew up in the Bronx, New York.

Al was born on April 25, 1940, in the East Harlem neighborhood of New York City. After his parents divorced when he was two years old, Pacino moved with his mother to the Bronx.

Morgan is an American actor who was nominated for an Emmy Award in 2009. Tracy is best known for his work on Saturday Night Live.

She is an American rapper who was a regular cast member on the VH1 reality TV series Love & Hip Hop: New York from 2015 to 2017.

Cardi B was born on October 11, 1992, in Washington Heights, but she was raised in the South Bronx.

Palminteri is an American actor who is best known for his role as Primo Sidone in Analyze This and Special Agent Dave Kujan in The Usual Suspects.

Chianese is an American singer and actor who gained fame for his role as Corrado “Junior” Soprano on the series The Sopranos.

Barkin is an American producer and actress who performed in films such as Johnny Handsome and Sea of Love, The Big Easy, The Adventures of Buckaroo Banzai Across the 8th Dimension, and Tender Mercies.

Darin was an American singer who won a Golden Globe Award for his role in the film ”Come September.” Note – in the film, Bobby co-starred with his wife Sandra Dee.

Bobby was born on May 14, 1936, in the East Harlem neighborhood of New York City. He moved to the Bronx at an early age.

READ THIS NEXT: Jenna Marbles Net Worth