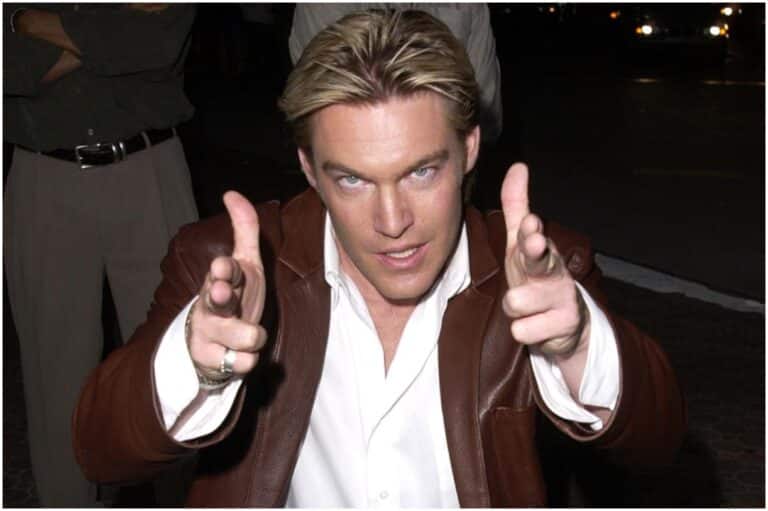 Judson Mills (birth name – Judson Christopher Mills) is an American actor who has appeared on many television series, including – Walker, Texas Ranger, Bones, The Mentalist, Dexter, and CSI: Miami.

He grew up in northern Virginia in a house built by the first president of the United States, George Washington.

He attended High Mowing in Wilton, New Hampshire, the oldest Waldorf high school in the United States or Canada.

After high school, he went to the American Academy of Dramatic Arts. In his words:

”I went to school at the American Academy of Dramatic Arts for stage & theater.”

From 1991 to 1993, he performed as Alexander “Hutch” Hutchinson on As the World Turns, an American TV soap opera. It is the third-longest continuous run of any daytime network soap opera on American television.

In 2008, he played Nick Devito in Bones, a crime procedural comedy-drama TV series that is based on the novels of Kathy Reichs. The series finale aired on March 28, 2017.

Mills said about the musical:

“‘The Bodyguard’ is about a pop star, played originally by Whitney Houston in the movie, who has a stalker.”

”Her team hires a former secret service agent [Frank Farmer] and bodyguard, played by Kevin Costner in the movie, to protect her.”

”Ultimately the two are very alpha in nature, and they butt heads and really have a difficult time getting along as this relationship moves along.”

In 2014, he performed as Bryce Kendrick in The Mentalist, a drama TV series that ran from 2008 until 2015 on CBS. The series follows Patrick Jane, an independent consultant for CBI.

In 2016, Judson appeared on Westworld as Deputy Roe. Westworld is a science-fiction/Western TV series created by Lisa Joy and Jonathan Nolan. A third season is scheduled to broadcast in 2020.

In 1997, Judson married Julie Mills, an actress and producer who is best known for Shades of Alex Gray, Ellie & Marianne, and Fun World. The two divorced in 2002.

Judson has one child with Julie Mills. In addition, Mills has two children with Morgan Rae.

”The entertainment and the chance to escape your own life is the payoff for this one.”

”Change occurs when the pain of remaining the same, becomes greater than the fear of changing.”

”I think it’s the entertainment. It’s a ride. It’s a journey.”

Judson holds a black belt in Tae Kwon Do, a Korean martial art. Other hobbies include football, fishing, and hunting.

Therefore, Judson Mills has an estimated net worth of $1.4 million.