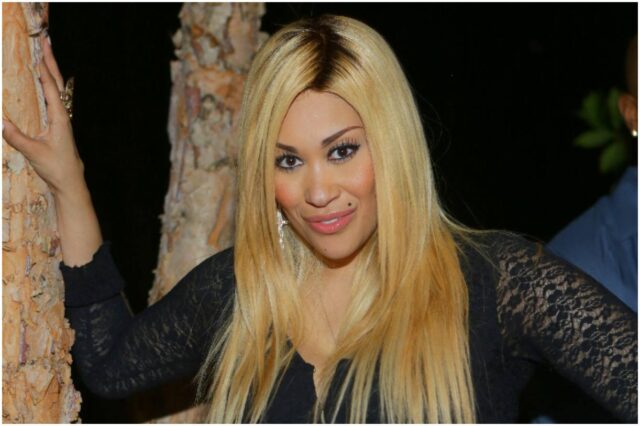 Keke Wyatt (birth name – Ke’Tara Shavon Wyatt) is an American television personality and R&B singer who released her solo album ”Soul Sista” in 2001. She also backed up Avant on his platinum-selling album ”My Thoughts.”

Wyatt was born on March 10, 1982, in Indianapolis, Indiana, USA, to Keever Wyatt II (a church organist) and Lorna Wyatt (a vocalist).

Her father is Cherokee and African American, while her mother is Caucasian.

Wyatt performed in public for the first time when she was 3 years old. At age 5, she performed at church. Keke said in an interview:

“My earliest musical memory was at church of course. I was 5 yrs old I think? My grandmother was singing and she looked at me and said ‘Keke come here.’”

Wyatt went on to say:

“She just handed me the mic. She looked at me in my little eyes and said ‘You can do it’ and I have been doing it ever since.”

Keke had recorded her first song at the age of 10.

Wyatt went to a high school in Indianapolis. During high school, the R&B singer was a member of the varsity wrestling team.

On November 13, 2001, she released her debut studio album, titled – ”Soul Sista.” It is certified gold by the Recording Industry Association of America for its shipments of over 500,000 copies within the US.

Soul Sista debuted at number 33 on the US Billboard 200. Its production and writing were credited to Steve Huff.

On December 4, 2001, Keke released the second single from Soul Sista, named – “Nothing in This World.” It was released through MCA Records.

In 2009, she played a leading role in Love Over Board, a US-based nationally touring production.

On February 23, 2010, Wyatt released her second studio album, called – ”Who Knew?” It contains material from her previously shelved albums Ghetto Rose and Emotional Rollercoaster. It charted #131 on the Billboard Hot 200. The album was released by Shanachie Records. Soulinstereo gave the album a 4-star rating out of 5.

On June 14, 2011, the American singer released her 3rd album, entitled – ”Unbelievable.” The album reached No. 48 on the R&B Albums chart. The album includes the song “Saturday Love”, which features Ruben Studdard.

In the follow-up year, she made a cameo in American singer Faith Evans’ music video “I Deserve It.”

In 2017, Keke starred as a cast member in R&B Divas: Atlanta, a reality TV series that premiered on August 20, 2012. R&B Divas: Atlanta offers an inside look at how the award-winning singers balance their personal lives and music careers.

Wyatt started her YouTube channel on May 16, 2013. Currently, the channel has over 56 million views and more than 281,000 subscribers.

In 2000, Keke Wyatt married Rahmat Morton, her road manager. At the time, she was eighteen.

On December 25, 2001, the police responded to a domestic violence call. The police officer found Morton with stab wounds on his hands, arms, and chest. Keke said she attacked her husband to defend her children and herself. The singer said in a later interview:

“I had a marriage where there was domestic violence going on and I did stab the guy, but I was trying to save my life.”

“When you’re in that situation and you know you have a baby in the other room and the last thing you want to do is let your baby walk in on a dead mommy, you’re going to do whatever it takes.”

In 2017, it was reported that Ford asked for a divorce while Keke was 8 months pregnant. In addition, Wyatt was dealing with her son’s cancer diagnosis. She said:

“Wanna know something America, when you eight months pregnant, you got a child sick – in and out of the hospital and your husband got the nerve to tell you that he wants a divorce, because he says that you’re an emotional wreck.”

“For over seven years I have been Keke’s husband, backbone, friend, confidant, and support system.”

“I have loved, raised, supported, and cared for every child in our family (biological or not), including our son who is currently battling leukemia.”

“I will continue to be that person and do all of these things, but I will not be her husband.”

“This man will never tell me, ‘Oh I’m tired of dealing with you. You’re pregnant.”

Keke went on to say:

“I’m tired of dealing with this cancer. I can’t deal with you, your mouth no more.”

Keke and Morton have three children.

She was pregnant with her 4th child by the end of the marriage with Morton, however, Keke suffered a stillbirth.

“My husband Zackariah and I are blessed to welcome our beautiful and healthy 7lb 11ounce son, Ke’Riah Darring.”

”It can be difficult, but when you love something and are passionate about it, it’s not really that hard.”

”If I was mentally crazy I wouldn’t be allowed to have all these children.”

”I can be aggressive sometimes now, because of being hurt physically, there’s a fear where you put a wall up.”

”I’m really getting to the point where I honestly don’t care what people think.”

”Either you leave or you stay and are miserable and continually put your life at risk.”

”Pray and seek God. He’ll be your friend. You ain’t gotta worry about all these people.”

She has served as a spokesperson for the National Coalition Against Domestic Violence.

Wyatt earned most of her wealth from her music. So far, she has released five studio albums (Keke Covers, Rated Love, Unbelievable, Who Knew?, and Soul Sista) and one EP (Ke’Ke). Therefore, R&B singer Keke Wyatt has an estimated net worth of $5.5 million.