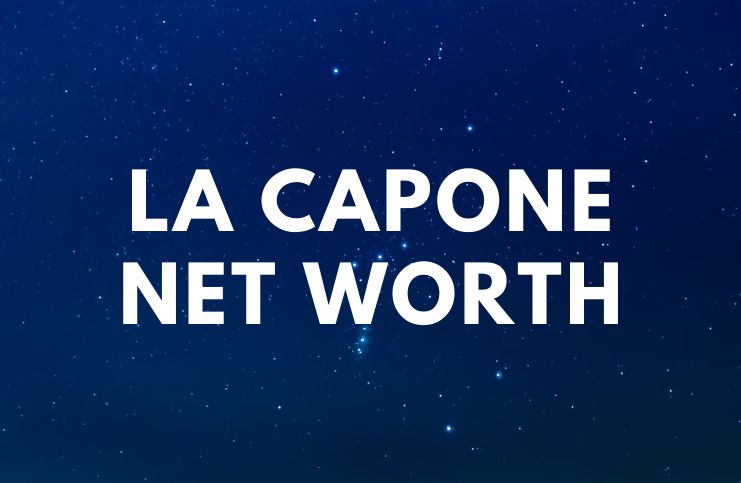 LA Capone (born – Leonard Anderson) was a rapper whose first mixtape was released posthumously by his friends, featuring some of his singles such as “The Gat” and “So Loud.”

He was born on September 18, 1996, in the South Side of Chicago, Illinois, USA. His parents separated when he was very young. Anderson spent his childhood with his mother, Dedra Morris.

Leonard developed interest towards rap music at a young age and started listening to Drill-music (a style of trap music which originated in the South Side of Chicago in the early 2010s). Anderson became a part of the Black Disciples gang and was closely associated with Lil Durk.

In 2011, Lil Durk formed a collective called ”Only the Family,” which included Leonard in the mix.

His songs, like most other drill music, depicted his daily life as a Black Disciples gang member.

On September 26, 2013, while leaving the recording studio around 6:00 PM, a gunman approached him and shot him once in the thigh.

”The 17-year-old rapper was walking through an alley near 70th Street and Stony Island Avenue around 6:25 p.m. when shots rang out and he was hit in his right thigh and lower back.”

He tragically bled out on the operating table. According to the Cook County Medical Examiner’s Office, Leonard was pronounced dead at 8:33 p.m. at Northwestern Memorial Hospital.

Then followed it up with a later tweet of:

after Anderson died about 8:30 p.m. at Northwestern Hospital.

“They said he was losing too much blood. They stopped it twice, but the third time he stopped breathing.”

”I guess he got tired of trying to fight.”

Dedra Morris also said that Leonard had just turned 17, and a birthday cake was still sitting in her kitchen to celebrate.

Michael Mays and Sakhee Hardy-Johnson were charged with 1st-degree murder, while Meiko Buchanan whom authorities claim was the driver of a tail car was also charged in connection with Leonard’s murder.

Moreover, they admitted to being inside a parked vehicle:

“that would run interference in the event that police officers arrived on the scene.”

According to Cook County court records, in 2016, Meiko Buchanan (25), pleaded guilty to two counts of murder before Judge Maura Slattery Boyle. Judge Slattery Boyle sentenced Meiko to 45 years in prison, according to court records. Buchanan will receive credit for 802 days served in the Cook County Jail and must serve 3 years of supervised release.

On October 6, 2016, Michael Mays (24) was convicted to 24 years in prison for the murder of Leonard. He was transferred to Stateville Correctional Center on Thursday, March 30, 2017. Mays has an expected release date of August 8, 2041, and a projected parole date scheduled for August 6, 2038.

In 2017, Sakhee Hardy-Johnson (20) has been found guilty in connection with the shooting, that Sakhe admitted to aiding by waiting in a parked car with plans to run interference in the event that police officers arrived on the scene. Sakhee Hardy-Johnson is serving a 60-year prison sentence for the murder of Leonard.

Momma Capone wrote in the caption of a photo of L’A Capone on Instagram:

“@600boy_la Im so tired but I never gave up. I fought real hard to get that justice for you like I promised #3guiltyverdicts #justice4LA. You can rest and so can I.”

Leonard was only 17 years old at the time he was killed.

Since Anderson belonged to a gang named ”600,” he had many foes from rival gangs, like – ”051 Young Money” and ”Gangster Disciples” (a criminal street gang that was formed in the Southside of Chicago in the late 1960s).

Leonard’s mother, Dedra Morris, said her son was close friends with Lil Durk for 5 years and appeared in several of Lil Durk’s videos.

After passing away, his affiliates released a mixtape titled ”King LA For Him.” The mixtape was released posthumously, featuring some of his singles, like – “The Gat,” ”Round Here,” ”Play for Keeps,” and “So Loud.” The mixtape has been uploaded to YouTube.

Anderson’s biggest hits were released posthumously. But, he still released several singles before he was shot. Also, before L’A’s death, he was in the midst of considering a few record deals, one of them being with Chief Keef’s Glo Gang.

LA Capone had an estimated net worth of $100,000. Currently, all the income generated by his songs goes to his mother – Dedra Morris.

READ THIS NEXT: Facts about Mindless Behavior