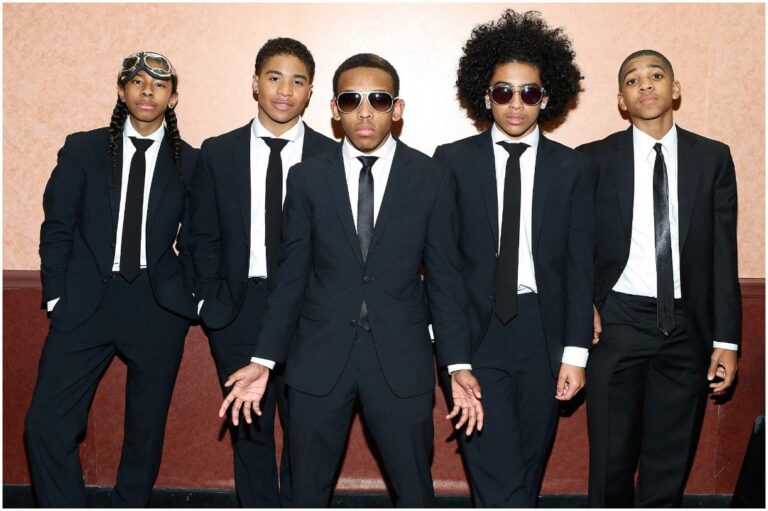 Mindless Behavior was an American boy band, which is best known for the singles “Mrs. Right” and “My Girl,” produced by Walter Millsap. The group was signed to Interscope Records, Streamline, Sony/Epic, and Conjunction Entertainment.

The band was put together in Los Angeles in 2008 by Walter Millsap (who has previously worked with Timbaland and Beyoncé), Keisha Gamble, and Vincent Herbert (Toni Braxton, Lady Gaga). They have trained in singing and dancing for 2 years before releasing a recording.

“We clicked from the first day we met because we all love music and performing. On stage, we go all out.”

In November 2013, it was announced that lead singer Prodigy left the group to pursue a solo career. This left Ray Ray, Princeton, and Roc Royal as a trio.

In April 2014, Mindless Behavior announced that EJ will be the replacement of Prodigy and the new lead singer of the band.

In December 2014, Roc Royal was fired from Mindless Behavior due to his ill-mannered behavior. After this, Prodigy returned to the group to replace Roc Royal. In June 2015, Prodigy was replaced by a new member by the name of Michael River (who is simply just known as “Mike”).

In September 2015, Ray Ray left Mindless Behavior to pursue a solo career. This left Mike, EJ, and Princeton (who was the only original member of the group left) as a trio. They disbanded in February 2017.

Princetòn (real name – Jacob Perez), also referred to as “‘Princetón Perez'” is a former member of Mindless Behavior. Perez began his career at a young age when he appeared in television advertisements for companies like McDonald’s, Nike, and Sketchers.

He was one of the first members to join the band and was the only original member to be in the group from 2008 until the end of the group’s run in 2017. Perez was born on April 21, 1996, in Downey, California.

Prodigy (real name – Craig Thomas Crippen, Jr.), now referred to as PradaG, is the former lead singer of Mindless Behavior. As of November 2013, he had left the band and was replaced with a new lead singer, EJ.

Prodigy was born on December 26, 1996, in Philadelphia, making him the first Mindless Behavior member not to be born in Los Angeles, California, besides EJ.

Roc Royal (real name – Chresanto Romelo August), also referred to as Double R or Santo August, is a former member of Mindless Behavior. August was given the stage name Roc Royal by Gamble, due to his personality. Roc Royal joined the band in 2008 and remained its member until 2014 when he was fired for his behavior.

Chresanto Romelo August was born on July 23, 1997, in Los Angeles, California and is the 2nd member to audition for MB.

Ray Ray (real name – Rayan De’Quan Lopez), also referred to as “Rayan,” is a former member of MB. Ray Ray joined the band in 2008 and left the group in 2015. Rayan was the oldest member of the original group.

Rayan De’Quan Lopez was born on January 6, 1996, in Los Angeles, California and was the last member to audition for MB as former lead singer Craig Thomas Crippen, Jr. was discovered on YouTube.

Elijah Johnson was born on June 24, 1998, in Detroit, Michigan, making him the second MB band member not to be born in California besides Mike and Craig Thomas Crippen, Jr. He was also the 5th member to join MB. Elijah Johnson joined the band in early 2014.

In June 2018, he released his long-awaited debut solo single, “Release” across all digital formats.

Michael River Martin was born on May 13, 1998, in Mississippi, making him the 3rd Mindless Behavior member not to be born in California besides EJ and Craig Thomas Crippen, Jr.

In 2010, their first single “My Girl” was released. The song has over 55 million views on YouTube and was nominated at the 2011 BET Awards for Viewer’s Choice.

In July 2012, the band embarked on their own 25-city tour, with opening acts Jacob Latimore, Lil Twist, and Kayla Brianna.

“Our fan base is really growing and we couldn’t be more excited. We give them what they want. We can relate to them because we’re all kids and we love having fun.”

Mindless Behavior’s 2nd album, entitled ”All Around the World,” was released in March 2013. The album entered the Billboard 200 at number 6, however, it disappeared fast from the chart. It was a disappointment sales-wise.

Their 3rd album, entitled ”#officialMBmusic,” was released on June 24, 2016. The group released their first single from the album titled “#SongCry” that was released on their SoundCloud.

On June 17, 2016, the band released the music video for their 3rd single, #OverNightBag.

The group toured with:

Moreover, their YouTube channel has over 284 million views, which translates to about $568,000 in revenue. Therefore, Mindless Behavior has an estimated net worth of $3.9 million.

READ THIS NEXT: Biography of Kassem G