Mac drew his inspiration from his parents, who both played guitar and sang around the house.

He grew up in a small town in Alabama. During an interview, Mac said about his childhood:

”I grew up in a little town in Alabama called Clanton, Alabama, and I joke about it.”

Powell went on to say:

”I say that if you were to throw a dart at the state of Alabama, like a map, which many people have done before and if you landed right in the middle, like literally in the middle of the map, that’s where I’m from.”

In 1995, the group released the official version of ”Third Day” album under Reunion Records. The album has sold more than 300,000 copies.

In 1996, they were nominated for a Dove Award (an accolade by the Gospel Music Association) in the category of New Artist of the Year. 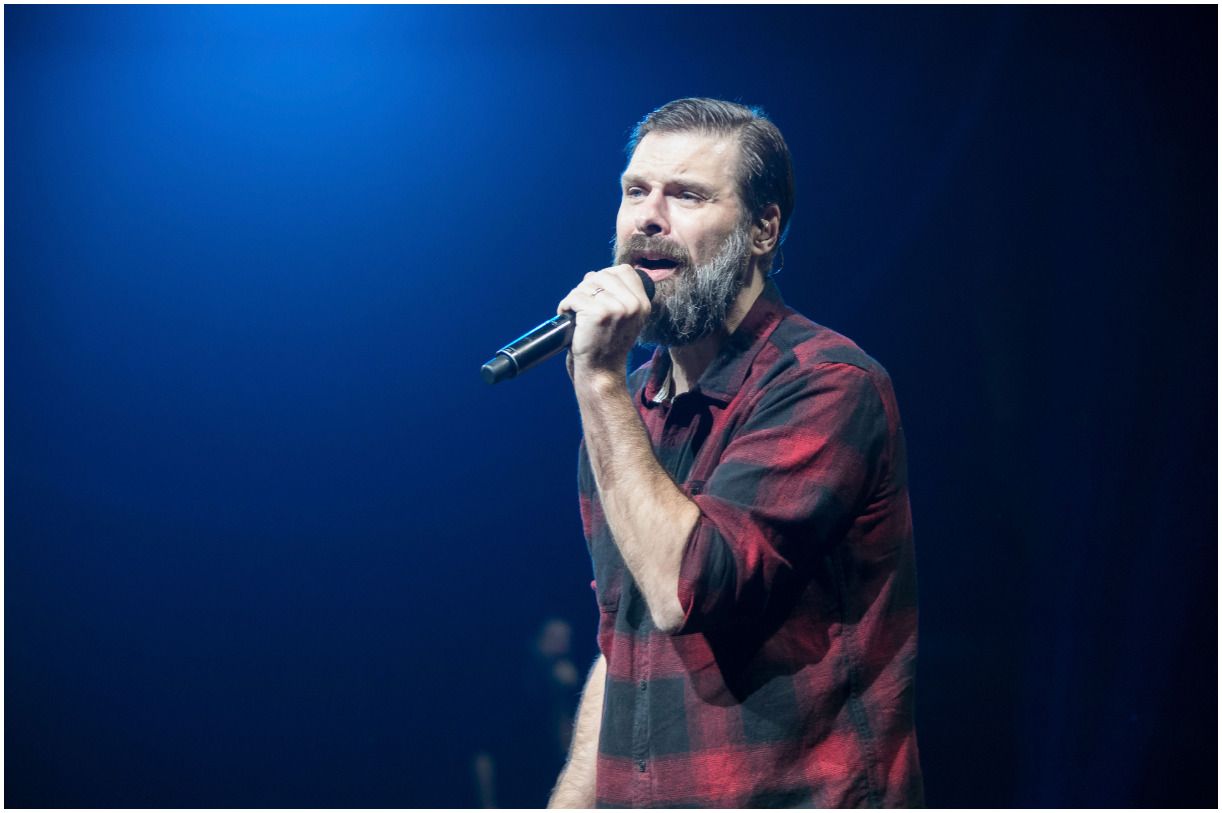 In the follow-up year, they released the album called “Conspiracy No. 5.”

Third Day’s next album is named – ”Wherever You Are.” It debuted at No. 8 on the Billboard 200 chart.

On September 19, 2009, Third Day was inducted in the Georgia Music Hall of Fame.

Mac said about the reason they disbanded:

”With Third Day, ‘till the very last concert, I always had fun, I really did. There was never a time where I didn’t want to be on stage doing that.”

”However, I knew that I wanted to do something different musically than what Third Day was. I’m able to do that now with this band, and so it is a lot of fun.” 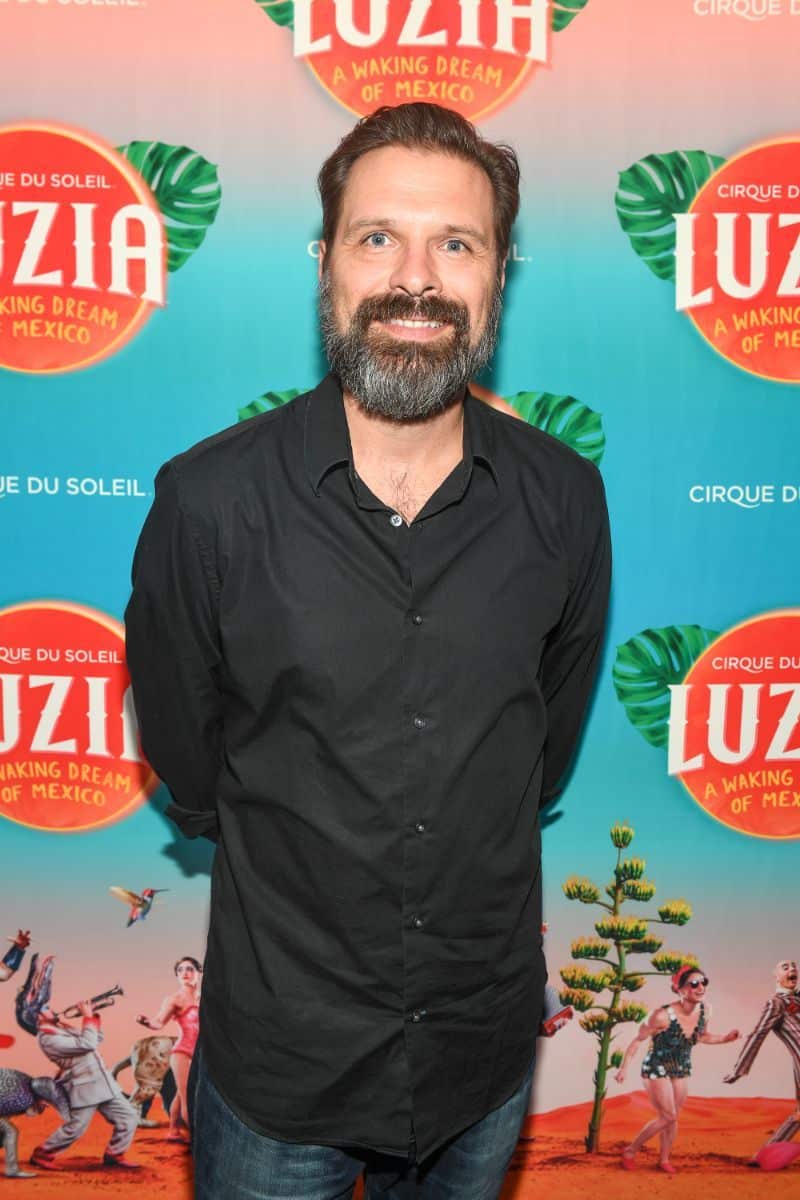 After ”Third Day,” Mac transitioned to country music, under the name of ”Mac Powell and the Family Reunion.”

When asked about how his fans reacted, he responded:

”I think the transition is still in process.”

”I’m just still making my music and a lot of fans who have known me for years are coming along, and hopefully, we make some new fans as well.” 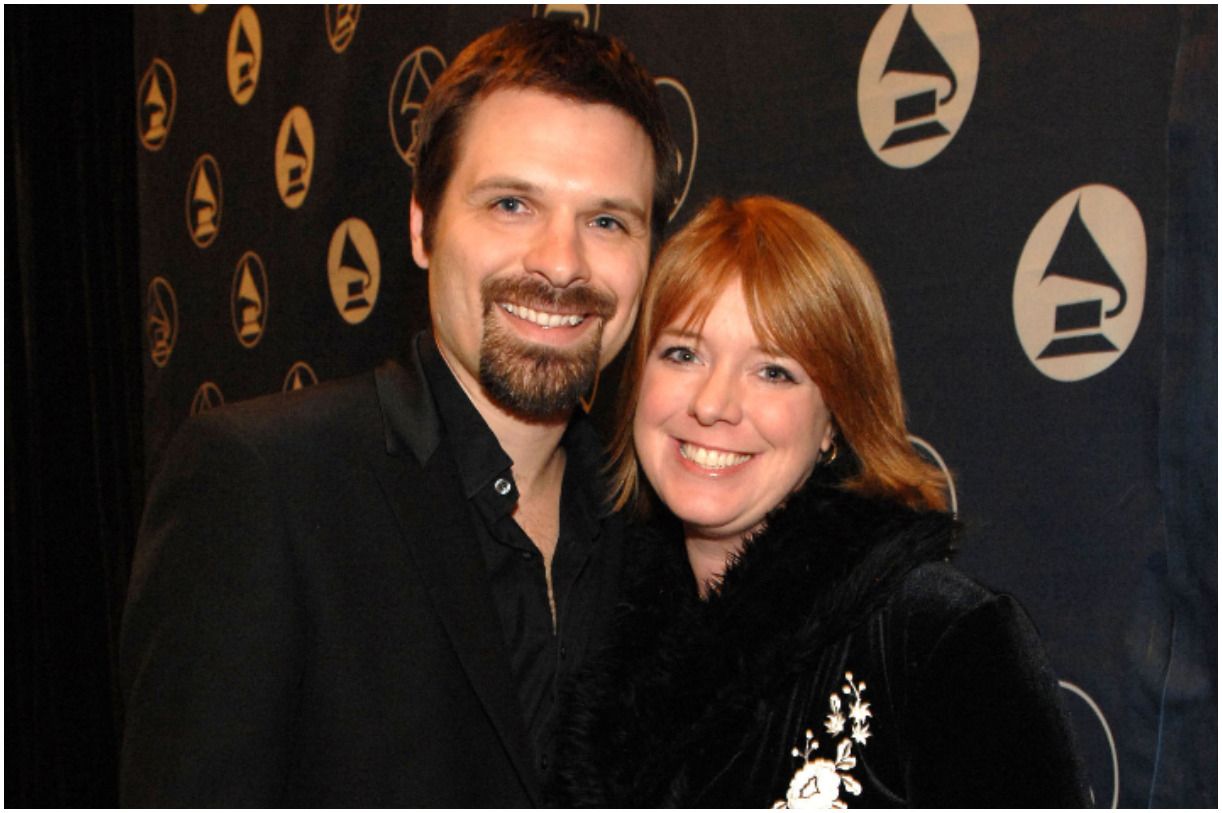 The couple has five children:

Two of their five children are adopted. Mac once said:

“When Amy and I dated in high school we actually talked about how when we eventually get married we might adopt.”

Also, they have a racially diverse family since their adopted children are African-American. During a recent interview, Powell confessed:

“He has made us a family, and we have all been adopted.”

“(Adoption) changed our world, turned it upside down, and it has been incredible ever since.”

“Never when I was growing up did I think I was going to be an adoptive mother.”

Mac, Aimme, and their five children live in Atlanta, Georgia.

”I can just be my own person and be real, write the songs that I like and hope for the best that the fans enjoy it as well.”

“There’s a new energy here. I feel like we’re building this thing together and all becoming part of this new family.”

”I had my core guys that I work with live, and I really felt like I wanted for them to be a big part of this record.”

”There are some challenges in starting over like this, but it’s exciting to go to venues that we’ve been before but it feels fresh.”

In 2001, he won the Gospel Music Association award for “Male Vocalist of the Year.”

Third Day’s fans are known as “Gomers” after a song on their 2nd album about Gomer.

Third Day’s name is a reference to the biblical accounts of Jesus’ rising from the dead on the 3rd day following his crucifixion.

Powell earned most of his wealth from being part of the band ”Third Day.”

He is responsible for writing many of Third Day’s hit songs, including – Make Your Move, Call My Name, Revelation, and Cry Out to Jesus.

Therefore, American singer Mac Powell has an estimated net worth of $3 million.

READ THIS NEXT: Who is David Gates?

We just saw Mac Powell and friends tonight at our church. They were awesome and played for 3 hours. They played a great combo of songs and told stories and shared testimonies! It was great!!

THIS WAS MY 1st TIME TO SEE MAC POWELL & HE IS ABSOLUTELY AMAZING !! I THOROUGHLY ENJOYED HIS PERFORMANCE ! CAN;T WAIT TO SEE HIM AGAIN !!!

The name of their fan club, Gomers, comes from the book of Hosea. Gomer was Hosea’s wife, not a son of anyone. Gomer was the daughter of Diblaim.