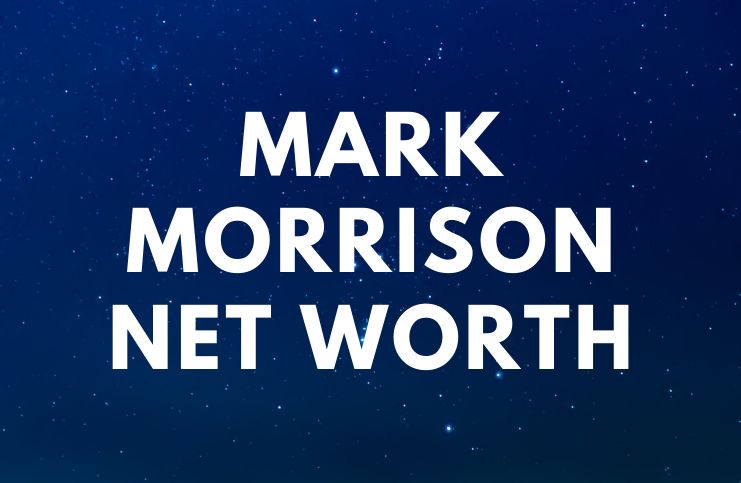 Mark Morrison, self-styled “baddest boy of pop,” is an R&B vocalist who is best known for his international hit single “Return of the Mack.”

Also, Mark is notable for his U.K. Top 10 hits “Moan & Groan,” “Crazy (Remix),” and “Trippin’.” He was the first artist in British pop history to have five Top 10 hits from a debut album.

In 1993, Mark released his debut recording, ”Where Is Our Love.”

In 1995, he released the single, “Crazy,” that was a club favorite, and became a Top 20 hit in the United Kingdom. It stayed on the Billboard charts for 40 weeks.

Morrison then released another single, titled – “Let’s Get Down.” The single entered the Top 40 chart. In 1996, Morrison released the single “Return of the Mack.” It spent 2 weeks at the top of the UK Singles Chart.

In 1996, Mark received many nominations, including:

In 2013, Morrison released a single named -“N.A.N.G. 2.0,” featuring Shonie and Crooked I (an American rapper from California that started an independent record company called Muscle Records).

He has featured “Return of the Mack” in a United Kingdom TV commercial in July 2020.

”I don’t think I deserved that bad boy reputation. I know some bad boys who do deserve it. But if you’re high profile and you get up to some mischief automatically people put you down as someone bad.”

”All those times I said that I love you
You lied to me
Yes, I tried, yes, I tried.”

In 1997, Mark performed at the Brit Awards. The performance influenced WEA and Mark to release a nine-track EP (”Only God Can Judge Me”) that contains prayers, interviews, live performances, and 3 full-length songs including “Who’s The Mack!” that reached No. 13 in the United Kingdom.

Although his career was going well, he was constantly in trouble with the police.

For instance, he has faced many criminal charges during his career including a 1997 conviction for attempting to bring a firearm aboard an airliner for which he served 90 days just as his song “Return of the Mack” began rising up the United States Billboard charts.

In 1998, he failed to appear in court on charges of possessing an offensive weapon, choosing to instead fly to Barbados. Mark was arrested and remanded into custody upon his return to the UK. Morrison was later cleared of the offensive weapon charge.

In the same year, he was also banned from driving for 280 days and fined £1,380 after twice being caught driving without a license.

In 1999, there was an altercation with a local young man (Matthew Milnes) in Leicester city center. It escalated so seriously that the police had to use tear gas to bring the incident to a close.

In the same year, Morrison was convicted of armed robbery for holding up an off-license.

While in prison, Mark converted to Islam and attempted to change his name to Abdul Rahman.

He failed to appear in court to face the charges and a warrant was issued for his arrest.

In 2004, after a fracas in which a platinum and diamond medallion was snatched from around his neck during a confrontation at a Leicester nightclub, Morrison was arrested and spent a night in custody.

In 2009, he was arrested for an assault in London.

In 2017, a special version of Mark’s best-known hit was released by Burger King in the US. The song celebrated the return of Burger King’s bizarre mac n’ cheese filled Cheeto snacks, and it was named ”Return of the Mac n’ Cheetos.”

He was the first, and only, European artist to be signed with Death Row Records.

”Return Of The Mack” album sold more than 3 million copies worldwide. He also made some money from selling tickets to his concerts. Therefore, Mark Morrison has an estimated net worth of $2.9 million.

READ THIS NEXT: Who is Jerry Only?