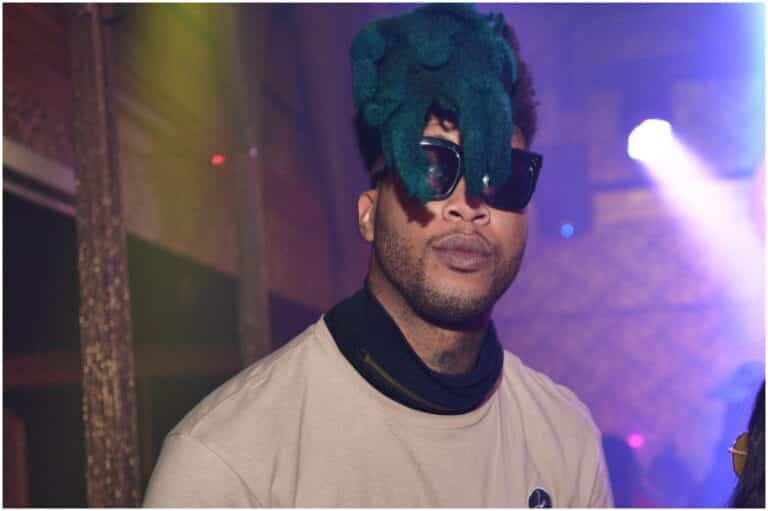 TM88, also known as TrackMan 88, is a producer signed to Brick Squad Monopoly (a record label founded by rapper Waka Flocka Flame) and a member of the production group 808 Mafia.

TM88 is one of the main producers responsible for defining and crafting the unmistakable sound of trap music which originated in Atlanta.

In 2009, he started producing instrumentals for Slim Dunkin, an artist at Brick Squad Monopoly before his murder in late 2011. TM said:

“Before [Slim] died, he saw things that I think nobody else saw. He saw this whole transition to us taking over the whole music game.”

In 2010, TM88 co-founded the rap collective and production crew 808 Mafia alongside rappers Southside and Lex Luger.

During an interview, TM88 said:

“We can change [hip-hop’s] sound right now if we want to. That’s just how it goes. It ain’t just us. It’s everybody in Atlanta.”

His first major production credit came in 2009 as a producer for Brick Squad Records.

In 2012, TM made his solo production debut on the Waka Flocka Flame song “Lurkin.”

He has worked with pretty much anyone and everyone you can name in hip-hop, including:

At the same time, TM88 is working with Atlanta up-and-comers—most recently with rappers such as Hefna Gwap.

In 2015, TM produced the song “Company,” which appeared on the platinum-selling Drake album If You’re Reading This, It’s Too Late.

In the present day, he is in high demand, and he is locked in the studio on a daily basis.

“I was like man… that’s God! He’s helping me out. It’s some shit you really dream about, and then you actually wake up to that shit. It’s crazy.”

“Order” is the name of the newest song by producers Southside, 88, and rapper Gunna.

“I think I’m in the studio more often than not, probably from 4 p.m. all the way to 4 in the morning. Sometimes from 6 p.m. to 4. It just depends, but I try to work on my craft because there are always more producers and more artists coming out so you want to be ahead of the curve.”

During an interview, 88 explained:

“Since the 20 beats, I probably gave [Uzi] 40 more or 60 more. I kind of do that with every artist that I have a relationship with, whether it’s Young Thug, Future, Wiz Khalifa, Gucci Mane, Travis Scott, and a few others.”

When asked about how he feels about Lil Uzi Vert’s now 2x Platinum-certified single “XO Tour Llif3,” he said:

Other famous rappers are – RJ, Astro, and Blind Fury.

88 earns most of his wealth from selling sample packs, beats, or merchandise, to offering production services, or even just collecting his royalties the right way. In addition, he has an Instagram account with over 421,000 followers. A paid post on his Instagram account can easily earn him around $3,000. Therefore, TM88 has an estimated net worth of $2.3 million.

READ THIS NEXT: Dyrus (Marcus Hill) Net Worth