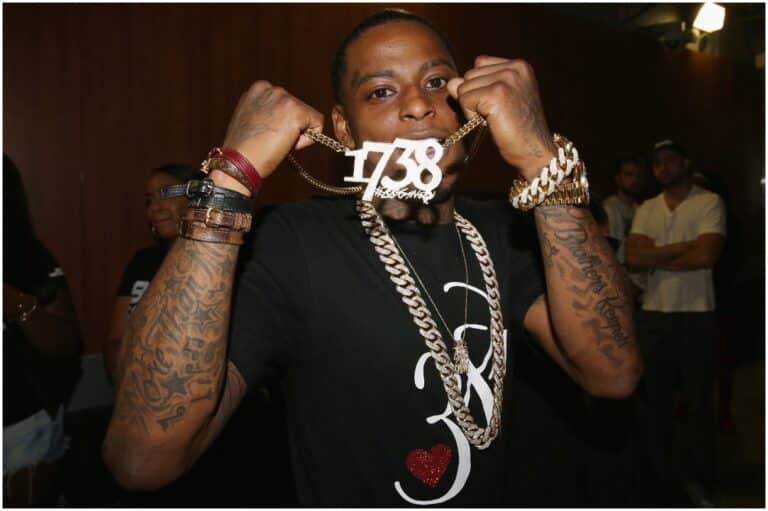 Montana started to rap in 2006, but he only got seriously involved in 2010. He explained:

Buckz also talked about his life before starting his music career, saying:

In 2015, he released – ”Monty Zoo – The Mixtape.” The project contains many Fetty Wap features, and production from Metro Boomin, Sonny Digital, Dre The Drummer, and Frenzy.

The tracks on the mixtape are:

The release of the mixtape was handled by the label Empire Distribution and RGF Productions.

He is currently the CEO of the Remy Boyz record imprint and company.

”Visuals and interaction is everything. Connecting with the fans is key.”

In 2016, Buckz and Fetty Wap performed at the Billboard Hot 100 Music Festival.

His nickname is Monty. During an interview, Montana explained the origins of his nickname:

”Yeah, you just call me Monty though, that’s what they call me in the hood.”

Buckz went on to say:

Also, its doors are called scissor doors, since they hinge in the front, opening upwards. Additionally, BMW i8 can drive up to 250 km/h. In addition, BMW i8 can go from 0-100 km/h in 4.4 seconds.

The two shared a heartfelt hug after Fetty Wap handed over the keys to the white BMW.

“Back to back in Beamers!! One of my best gifts ever. Thanks bro.”

Note – Fetty Wap (real name – Willie Maxwell) is an American rapper and songwriter, who gained fame after his debut single “Trap Queen” reached number 2 on the U.S. Billboard Hot 100 chart in May 2015.

Fetty’s music is inspired by artists such as Young Jeezy and Gucci Mane. Wap is a part of the Remy Boyz 1738 with P Dice and Monty.

Fact – when Fetty Wap’s debut album dropped in September 2015, Buckz’s vocals were featured on 9 of the 20 tracks.

Montana said about his friendship with Fetty Wap:

”Me and Fetty Wap are individual artists. When we come together-yeah we’re ‘Remy Boyz’, but we are separate artists.”

”A lot of people get that confused. So, I’m taking this year to showcase myself and my artistry. You’re going to get a lot more of ‘Monty Zoo’ as an artist.”

When asked about what influenced him to become a rapper, he responded:

”One day I just heard this fire Jadakiss verse and that made me wanna rap. After that, I started rapping.”

Monty earns most of his wealth from his music. This includes – selling tickets to his concerts, sponsored posts on his Instagram account, ads on his YouTube channel, and selling his albums. Therefore, Remy Boy Monty has an estimated net worth of $1.7 million.