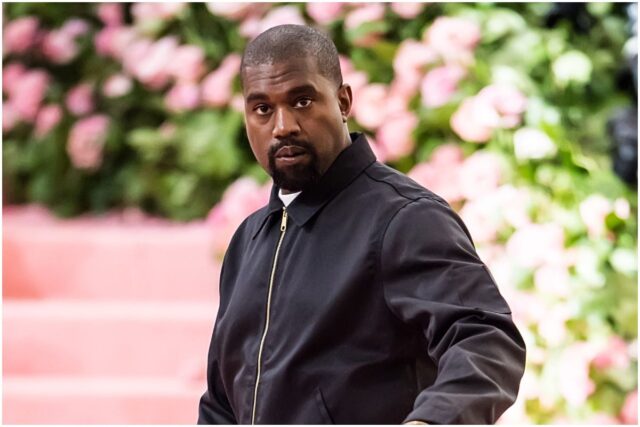 List Of The Richest Rappers In The World In 2021:

Common released his first major-label album, ”Like Water for Chocolate,” in 2000.

Darryl McDaniels is a founding member of the hip hop group Run-D.M.C.

Chad Hugo is half of the musical duo Neptunes, along with Pharrell Williams.

J. Cole’s debut album, Cole World: The Sideline Story, debuted at #1 on the US Billboard 200. He was the first artist signed to Jay-Z’s Roc Nation in February of 2009.

PSY earned most of his wealth thanks to his catchy hit single “Gangnam Style.”

Will.I.Am has sold 58 million singles and 76 million albums worldwide. In 2001, the star founded his own signature clothing line, named “i.am.”

Nas has sold more than 25 million records worldwide. The rapper is a partner in the chicken and waffle restaurant Sweet Chick. In addition, he received $40 million from Amazon for his stakes in Ring and Pill Pack.

His first studio album, Section 8.0, was certified Gold by the Recording Industry Association of America.

In April 2018, Lamar became the first rapper to win a Pulitzer Prize.

DJ Khaled is the DJ for the hip hop group Terror Squad and a radio host for the Miami-based urban music radio station WEDR. In 2020, he performed in Bad Boys for Life.

Michael Diamond earned his wealth as a founding member of the group Beastie Boys.

In 1982, Horovitz replaced John Berry as a guitarist for the Beastie Boys.

He has acted in several TV shows and motion pictures, including – Golden Exits, While We’re Young, Godspeed, and Roadside Prophets. He partnered with the shoe company Keep in 2016.

”Nicki Minaj has become the first female rapper in history to amass a $100 million net worth,” her record label, Young Money, tweeted in March 2020.

Birdman is the co-founder of Cash Money Records. In 2010, Birdman and his brother launched an oil and energy venture.

He has appeared in numerous films, including NCIS: Los Angeles, Mindhunters, Deep Blue Sea,  S.W.A.T., Any Given Sunday, and In Too Deep.

He has released two of his own albums – ”One Man Band Man” and ”Swizz Beatz Presents G.H.E.T.T.O.” In 2011, Swizz Beatz became the official face of Lotus cars.

Ice Cube earned his wealth from producing both music and films, acting, and music.

His first two solo albums were critically acclaimed. He bought a $7.25 million home in Marina Del Rey, California, in 2016.

He has sold over 170 million records. According to reports, Drake makes around $2 million per night on tour. He also co-runs October’s Very Own — an umbrella company for his radio station,  record label, and clothing line.

Usher’s fourth album, Confessions, sold 1.1 million units at its debut. So far, the rapper has sold over 75 million records worldwide.

Eminem is one of the most successful rappers of all time, with over 100 million albums sold worldwide (around 50 million in the US). He earned $50 million in 2019, off the success of albums Revival and Kamikaze.

He also earned good money from his tours. For instance, Marshall performed 88 solo concerts as part of the Anger Management Tour.

Master P became famous in the 90s with his solo albums such as MP Da Last Don, Ghetto D, and Ice Cream Man. His album, Ghetto D, sold more than 260,000 copies in its first week. By 1998, the rapper was listed as the 10th highest-paid entertainer.

In addition, Master P is the creator of record label No Limit Records. He starred in films, including Foolish, Gone in 60 Seconds, and I Got the Hook-Up.

Dr. Dre made most of his fortune from selling Beats by Dre to Apple in 2014 for $3 billion.

He founded Aftermath records in 1996 and Death Row Records in 1992. The rapper purchased a $40 million home in the Brentwood neighborhood of LA in 2014.

P. Diddy launched his record label Bad Boy Entertainment in 1993. His first album, No Way Out, sold more than 561,000 copies in its first week of release.

He has also appeared in films such as The Defiant Ones, Draft Day, Monster’s Ball, Get Him to the Greek, A Raisin in the Sun, and Made.

Jay-Z has earned millions from sellout chart-topping albums and tours over the course of his career. In 2008, he founded an entertainment agency called Roc Nation, LLC. According to Forbes, Roc Nation is a $29.8 million business.

He became the majority owner in the champagne company, Armand de Brignac, in 2014. Jay-Z is also the co-brand director of Budweiser Select. Between 2018 and 2019, the rapper earned about $81 million.

West gained widespread fame upon the release of his 2004 album The College Dropout.

His publishing and content creation firm West Brands LLC is valued at up to $5 million. His footwear brands – Yeezy Footwear LLC, Yeezy Apparel LLC, and Yeezy LLC – are worth over $50 million each.

”I was on the Bloomberg list… [and] they finally recognized that my net worth at that time was $3.3 billion,” Kanye said in 2020. He added: ”And then my net worth almost doubled after I did the Gap deal to $5 billion.”

READ THIS NEXT: Who is Kim Wilde?