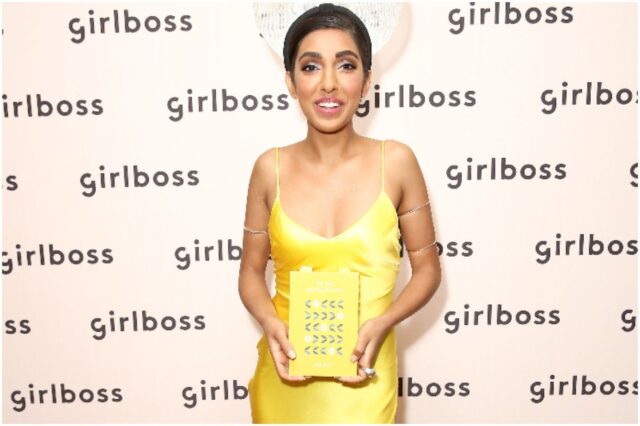 What is Rupi Kaur’s net worth?

She is known for her short, raw verse, dealing with subjects such as feminism, alcoholism, rape, abuse, humanity, and immigration.

When she was a child, Kaur and her parents immigrated to Toronto, Canada.

Rupi was introduced to poetry by her father. She said:

”I got introduced to poetry through mostly my dad, my family. Because a Sikh tradition is based off of poetry.”

”I grew up reading everything I could get my hands on.”

”I was moved by the ability of books to pull one out of their reality and into someone else’s.”

She studied professional and rhetoric writing at the University of Waterloo.

In 2013, Rupi began sharing her work under her own name on Tumblr. In 2014, she started to publish on Instagram.

Her first book, a collection named – ”milk and honey,” was published on November 4, 2014. Kaur released the book through Amazon’s CreateSpace platform.

”milk and honey” is divided into 4 chapters, and each chapter serves a different purpose. Much of the work in the book takes direct inspiration from the Sikh scriptures.

In 2015, Rupi republished the book through an actual publisher.

It was on The New York Times Best Seller list for more than 77 weeks.

During an interview, Rupi confessed:

“I don’t fit into the age, race or class of a bestselling poet.”

the sun and her flowers

“I came into the second book thinking, ‘Now I have to write something that not only sells a million copies, and is on The New York bestsellers for over 70-whatever weeks – how am I going to do that?’”

The book features 5 new chapters of poems on identity, loneliness, love, and loss.

The Prophet is a book of 26 prose poetry fables written in English by Kahlil Gibran, a Lebanese-American writer and poet.

The book has been translated into over 100 languages.

In anticipation of ”The Prophet” entering the public domain in the US, Rupi was commissioned by Penguin Classics (an imprint of Penguin Books) to write an introduction for a new edition of the book in 2019.

READ MORE: Who is Jordan Craig?

In March 2015, Kaur uploaded a photo to Instagram of herself lying in bed, menstruation bloodstains on her sheets and clothes.

Rupi later explained that she created a series around menstruation to:

“demystify the period and make something that is innate ‘normal’ again.”

When asked about the inspiration for the picture, the Insta-poet responded:

”It’s something that I’ve been mulling over in my mind for the past year.”

”My periods personally are so crazy and painful. [They] eliminate my entire existence for a week.”

For violating the site’s Community Guidelines on Instagram, the photo was removed twice. The author hit back on Facebook and Tumblr, saying:

”i will not apologize for not feeding the ego and pride of misogynist society that will have my body in an underwear but not be okay with a small leak.”

Instagram has since reinstated the photo, apologizing to Rupi in an e-mail where they clarified that the images were accidentally deleted by a member of their team.

“The thing about writing is I can’t tell if it’s healing or destroying.”

“What is stronger than the human heart which shatters over and over and still lives.”

“The thing worth holding onto would not have let go.”

“People go, but how they left always stays.”

”I’ve been reading a lot of Kahlil Gibran’s Prophet; it’s a book that I carry around with me all of the time, especially when I’m traveling.”

“Our backs tell stories; no books have the spine to carry.”

“You must want to spend the rest of your life with yourself first.”

“I read that the thing we’re most afraid to say is the thing that’s most universal.”

“The kindest words my father said to me – Women like you drown oceans.”

”Loneliness is a sign you are in desperate need of yourself.”

Her sister is a singer and artist who performed the song version of her poem “milk and honey.”

Kaur earned most of her wealth from writing poems and selling her books.

Her books are translated into more than 42 languages and sold over 10 million copies worldwide.

Therefore, Rupi Kaur has an estimated net worth of $5 million.

READ THIS NEXT: Bio of Vivian Howard