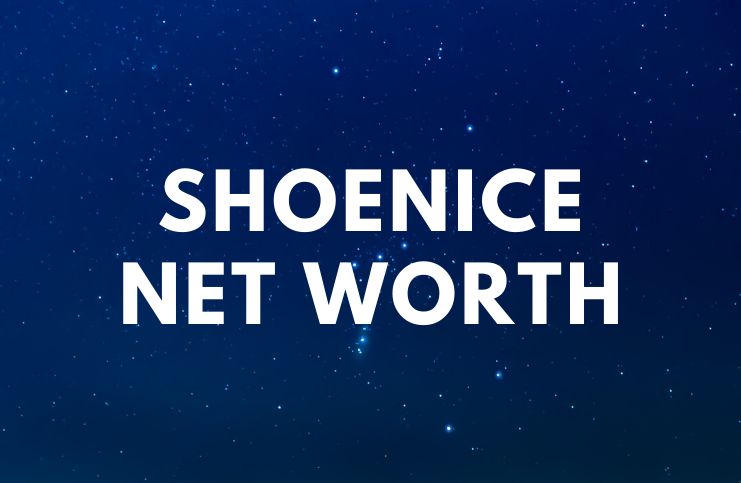 Shoenice (real name – Christopher Schewe) is a YouTube vlogger which is best-known for his eating challenges. He’s achieved internet fame by filling his YouTube channel with drinking and eating stunts which leave his followers with their jaws on the ground.

Christopher started his Youtube account called Shoenice22 on Apr 11, 2008, with a video called ”SHOENICE22’S FIRST YOUTUBE VIDEO…WHAT A CLASSIC !!” In this video, Christopher talks about how his family members are “potheads” (someone who believes any problem can be fixed by smoking marijuana).

Some friends saw him on YouTube and told him to upload stunts similar to what he did in high school. Soon after,  Schewe uploaded a video of him eating paper on Facebook and later to YouTube. He has been eating stuff since February 23, 2011.

The most popular videos are his alcohol “slams,” wherein Christopher downs entire bottles of liquor in seconds. For instance, he’s slammed:

He also calls himself ”The Human Garbage Disposal,” because he will literally eat anything for his videos.

In 2012, already having a fair amount of YouTube subscribers, he got a channel boost when he was featured in multiple shows such as Tosh.0 (a weekly topical series that is hosted by comedian Daniel Tosh which delves into all aspects of the Internet) and World’s Dumbest.

“Mind over matter. I’m drinking a bottle of glue. I know it’s not toxic, but most people can’t even touch a bottle to their tongues.”

“Open the throat, relax the stomach, pray for the liver. Mind over matter, I don’t have a mind so it don’t matter.”

When asked if there are any stunts which ended badly, Christopher said:

”When I slammed a bottle of Devil’s Spring 160 proof vodka, I fell asleep and people that were over couldn’t wake me up. They drove me to the hospital and had my stomach pumped. When I came to, there was a tube down my throat and I was mad at my friends because I knew I wouldn’t have died.”

”Another time, I drank rubbing alcohol and was paralyzed for a day. I couldn’t see straight and thought I went blind. Not doing that again.”

On March 25, 2011, in the main campus of UAlbany, Christopher shackled himself to the fountain to make a point for saving the fountain.

Schewe has eaten stuff such as – Pokemon cards, tampons, cat litter, condoms, and numerous other items which should not be ingested. This is a comprehensive list of some of the stuff Schewe has eaten:

”Probably 90 percent of my videos are requests and there are probably 300 to 400 messages with requests a day. People usually send me something or PayPal me the money to go buy it.”

To prove he isn’t faking it, Christopher unseals everything he slams on camera. Furthermore, he gives lengthy soliloquies both before and after the stunts, and in the final moments of the post-slam banters, his followers can frequently see the intoxication ensue.

He has two children.

In the 1990s, he served in the United States Army in Iraq. As he watched poor children die of hunger, Schewe made it his life goal to try to end global hunger forever – that is exactly the kind of revolution Christopher hopes to lead through his YouTube channel. Schewe wants to raise awareness for the plight of millions starving in Africa through his unique YouTube videos.

His channel (Shoenice22) was deleted permanently by YouTube. But, on Sep 2, 2016, he created another YouTube channel, entitled – ”Shoe Nice.”

”I’m turning more towards pranks now. I have a camera crew that’s moving from Atlanta to Denver, and we’re going to be the next Jackass.”

Schewe earns most of his wealth from advertisements on his YouTube channels. Earnings on YouTube are difficult to calculate, however, on average, 1,000 views bring approximately $2. His first YouTube channel had around 95 million views, while his current channel has 1.7 million views. Therefore, Shoenice has an estimated net worth of $0.2 million.

READ THIS NEXT: Tommy Feight Net Worth