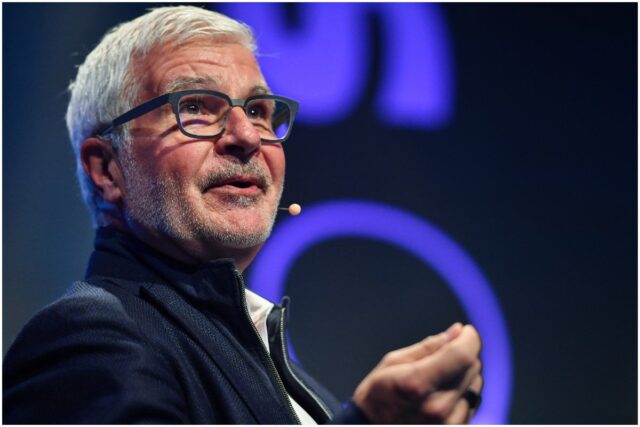 Steven Gundry is an American former cardiac surgeon, author, and YouTuber who founded The Center of Restorative Medicine in Palm Springs.

Gundry is best known as the promoter of the lectin-free diet and has authored several books on the subject, such as The Plant Paradox and The Longevity Paradox.

In 1972, he graduated Alpha Omega Alpha from the Medical College of Georgia School of Medicine. Later, Steven completed residencies in General Surgery and Thoracic Surgery at the University of Michigan.

Then, he founded The Center for Restorative Medicine as well as The International Heart and Lung Institute in Palm Springs, California. There, Dr. Gundry works as Medical Director.

”I am the Director and Founder of the International Heart & Lung Institute as well as the Center for Restorative Medicine in Palm Springs and Santa Barbara, CA.”

At the time of writing, the channel has over 384 subscribers and more than 25 million views.

On the channel, Steven shares recipes and tips ”to challenging health issues.”

In 2016, Dr. Gundry founded a wellness blog and a line of supplements.

For instance, one of his supplements is called ”Gundry MD Bio Complete 3.” It is a supplement that claims to combat leaky gut and improve gut health through dietary fiber and butyrate.

Each capsule of the supplement contains the following ingredients:

Dr. Gundry coined the term “lectin-free diet.” Lectins are a type of protein that supports communication between cells and promotes cell development in humans. Also, lectins are thought to play a role in body fat regulation, inflammation, cancer prevention, and healthy immune function.

In his book, ”The Plant Paradox,” Steven offers a list of diseases that have resolved in people following his lectin-avoidance protocol, including:

Foods highest in lectin include:

However, according to research, eating foods that contain lectins has no health concerns. The only way to get too many lectins is to eat uncooked beans.

Ariana Cucuzza, a dietitian nutritionist at the Cleveland Clinic in Ohio, explained:

“Most lectins are found in legumes.”

Cucuzza went on to say:

“If you are cooking beans, grains, and vegetables, the lectins are pretty much wiped out, and they are not going to affect your body.”

Additionally, because the foods that are high in lectins provide many essential nutrients, removing these foods from your regular diet can lead to potential nutritional deficiencies.

Many people are wondering whether Dr. Gundry’s The Plant Paradox is wrong.

Dr. Robert Eckel, a past president of the American Heart Association and a professor of medicine at the University of Colorado, said about Dr. Gundry’s lectin-free diet:

“This is against every dietary recommendation represented by the American Cancer Society, American Heart Association, American Diabetes Association and so on.”

Stephan Guyenet Ph.D. published a detailed review of The Plant Paradox and gave it a grade of the scientific accuracy of 26 percent on a scale of 1 to 100.

Dr. Greger from NutrionFacts.org wrote that the book ”doesn’t even pass the whiff test.”

Dr. Steven Gundry is married to a woman named Penny.

“You are what the thing you are eating ate.”

“I will go so far as to say that if you’re overweight, there’s a good chance that it’s because you’re a believer in the myth of whole-grain goodness.”

“Many people (including me when I was overweight) turn to artificial sugars to quell their cravings without packing on the pounds.”

“I wanted people to know that their current health issues are, for the most part, not their fault.”

He has written over 300 books and articles about the nutritional reversal of hypertension (high blood pressure), type 2 diabetes, high LDL (bad) cholesterol, and heart disease.

Dr. Gundry has operated in over 30 countries, including charitable missions to Zimbabwe, India, and China.

Gundry earned most of his wealth from working as a cardiac surgeon at the Seventh-day Adventist Loma Linda University School of Medicine.

His YouTube channel is mostly used to promote his lectin-free diet protocol.

In addition, Gundry sells supplements that he claims to protect against the supposedly damaging effects of lectins.

Therefore, Dr. Steven Gundry has an estimated net worth of $8 million.

READ THIS NEXT: Who is Lana Rose?