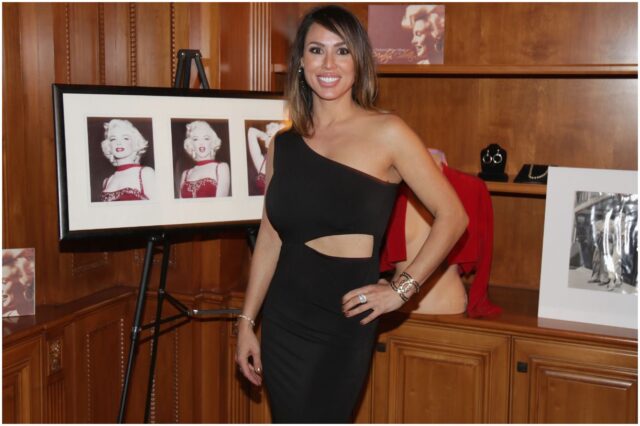 What is Kelly Dodd’s net worth?

Kelly Dodd is an American reality television personality who is best known for starring in The Real Housewives of Orange County.

Kelly Dodd was born on September 26, 1975, in Arizona. She later moved to Orange County, California.

She has a younger brother named Eric.

The reality star is the chief operating officer of Kiss Me Mirrors, a company that operates a line of compact makeup mirrors based in Newport Beach.

The Real Housewives of Orange County

She joined in season 11 of RHOC, an American reality television series that premiered on March 21, 2006.

In 2006, she married Michael Dodd, the former president of LeapFrog Enterprises Inc., an educational tech and entertainment company that has become the third-largest toymaker in the US.

“It’s just a case where two people can’t get along.”

“It’s best if we went our separate ways and concentrate on our daughter.”

In February 2018, Kelly’s divorce from Michael was finalized after 11 years of marriage. Kelly also said that she hopes that she and her ex-husband can have an amicable relationship. She said:

“We’re really good friends. He’s my family. He’s part of my family, and he always will be, you know?”

“I always want him in my life. We always want to do things together with [our 10-year-old daughter], Jolie, and it was just, we just can’t live together.”

After buying the house, the former couple upgraded the 4,370 square feet of living space.

Then, she started to find another house. Kelly said:

“[Also, more] security. Being behind a guard gate is really my main concern.”

She introduced fans hew new love in The Real Housewives of Orange County Season 14 premiere during her visit to his plastic surgery practice. Then, Dr. Brian Reagan gave her a pair of diamond earrings as a gift.

They had broken up after dating on-and-off for about nine months.

“Kelly Dodd and I are no longer dating. I wish her the best.”

“I will not comment further about this personal matter on social media. Dating isn’t easy, doing so from afar makes it more difficult.”

Kelly said in an interview:

“I’m deeply saddened and I only wish him the best.”

Later, Kelly announced that she had begun dating Rick Leventhal, a senior correspondent for Fox News network since 1997. On September 11, 2001, Rick was one of the first reporters on the scene at the World Trade Center.

During an interview with PEOPLE, Kelly shared:

“But he’s already treated me with more respect than Brian [Reagan] ever did.”

On November 13, 2019, The Real Housewives of Orange County mom got engaged to her boyfriend, Leventhal. She posted on Instagram:

“I can’t believe I just got engaged !! @rickleventhal you are my Prince and my dream come true!”

On October 10, 2020, Kelly Dodd married Leventhal in a ceremony in Santa Rosa, California. ”I’m so excited to be Mrs. Leventhal,” she said.

Note – Leventhal has been married twice before. With his first wife, Penny Daniels, he has two children.

Kelly has a daughter named Jolie with her ex-husband Michael.

”I believe beauty starts from the inside out, so I am more mindful now about nutrition, exercise, and getting enough sleep.”

”When you stop lying so frequently in situations where it’s easy to expose the truth, you won’t have to always scramble to change your story.”

Her favorite teams include the San Francisco Giants, Anaheim Ducks, and the Los Angeles Lakers.

She is close friends with Meghan King-Edmonds, a tenth season addition to the cast of the Bravo series The Real Housewives of Orange County.

Dodd is of Latina descent.

She had lived in Hong Kong.

Kelly earns most of her wealth from being the COO of Kiss Me Mirrors company. She also makes money from appearing in The Real Housewives of Orange County reality series. For example, she was offered $150,000 to come back for her 2nd season.

Additionally, Dodd is an investor in Positive Beverage, a sparkling, vitamin-infused water company that is based in Orange County. Every serving of the beverage contains a combination of electrolytes, calcium, and vitamins.

Therefore, reality television star Kelly Dodd has an estimated net worth of $3 million.

READ THIS NEXT: Pat McCrory considers US Senate bid in 2022