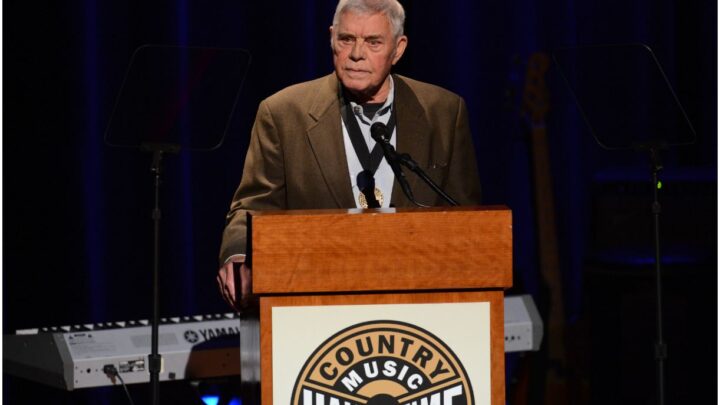 Tom T. Hall, popularly known as the “Storyteller,” is an American songwriter and entertainer, whose storytelling skill has been recognized in “(Old Dogs, Children and) Watermelon Wine,” among others.

Hall is best known for writing the hit “Harper Valley PTA,” that was a No. 1 Billboard magazine country and pop smash written for Jeannie C. Riley. Also, Tom has written 11 #1 Hits, with 26 more that hit the Top 10.

Tom is the son of a bricklaying minister. He said about his childhood:

“I was born in the foothills of the Appalachian mountains, and spent my whole life trying to get out of there.”

He was one of eight children.

By the time he was 9, Tom had composed his first song, called – “Haven’t I Been Good to You.” This song was inspired by the conversations of neighbors and by the music of the Grand Ole Opry.

As a teenager, Hall played in a band named – ”Kentucky Travelers” which entertained audiences before the beginning of movies.

In 1957, he enlisted in the US Army and was stationed in Germany. There, Tom performed at local NCO clubs on the Armed Forces Radio Network.

After the Army, Tom enrolled at Roanoke College in Virginia to pursue writing.

His big songwriting break came in 1963, when Jimmy C. Newman (a country singer) recorded his song, “DJ For a Day.” 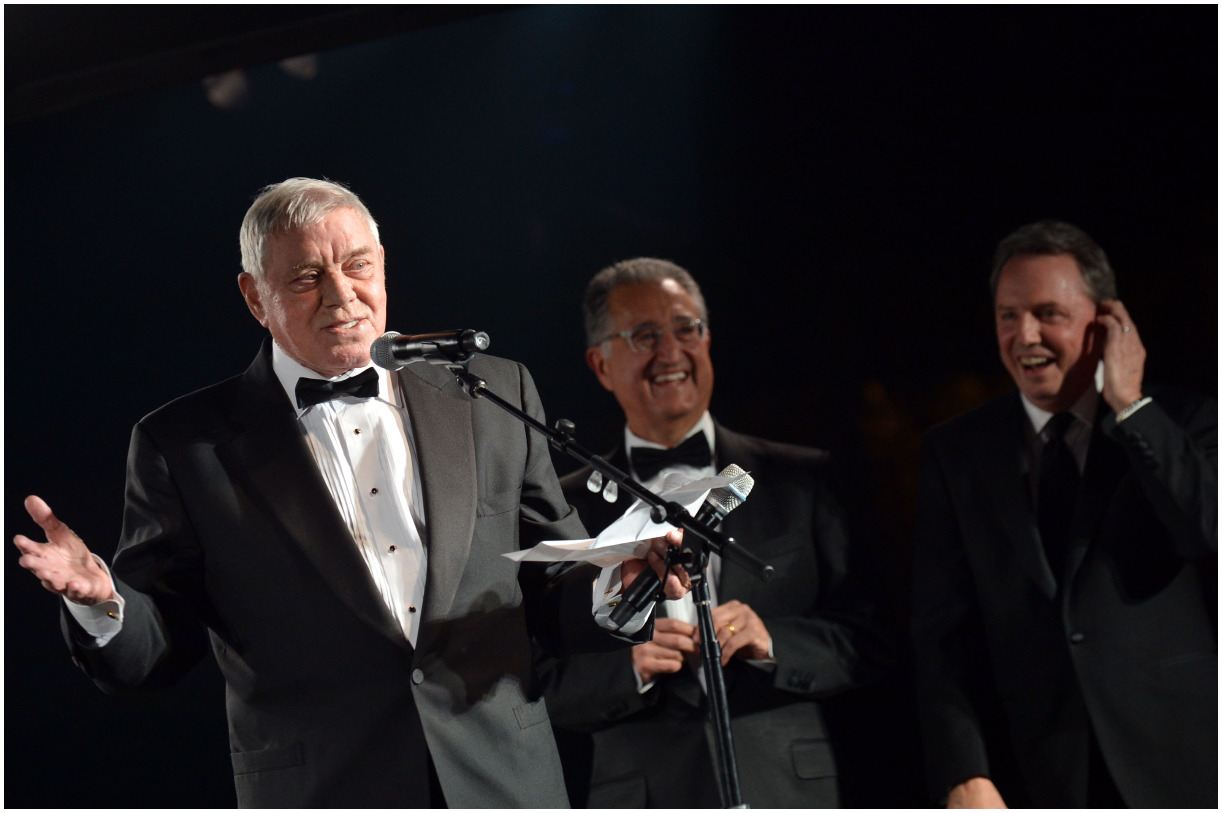 In 1979, he appeared on the PBS music program called – ”Austin City Limits during Season 4.”

During the early 1980s, Hall served as a television show host for the show – “Pop! Goes the Country.”

In 1996, Tom reemerged on the music scene with the release of an album that was recorded at his winter home on a Gulf Coast island, named – ”Songs from Sopchoppy.”

In 2008, Tom was inducted into the Country Music Hall of Fame.

In 1968, Tom T. Hall got married to Dixie Hall (born Iris Violet May Lawrence). They met at a 1965 music industry award dinner. 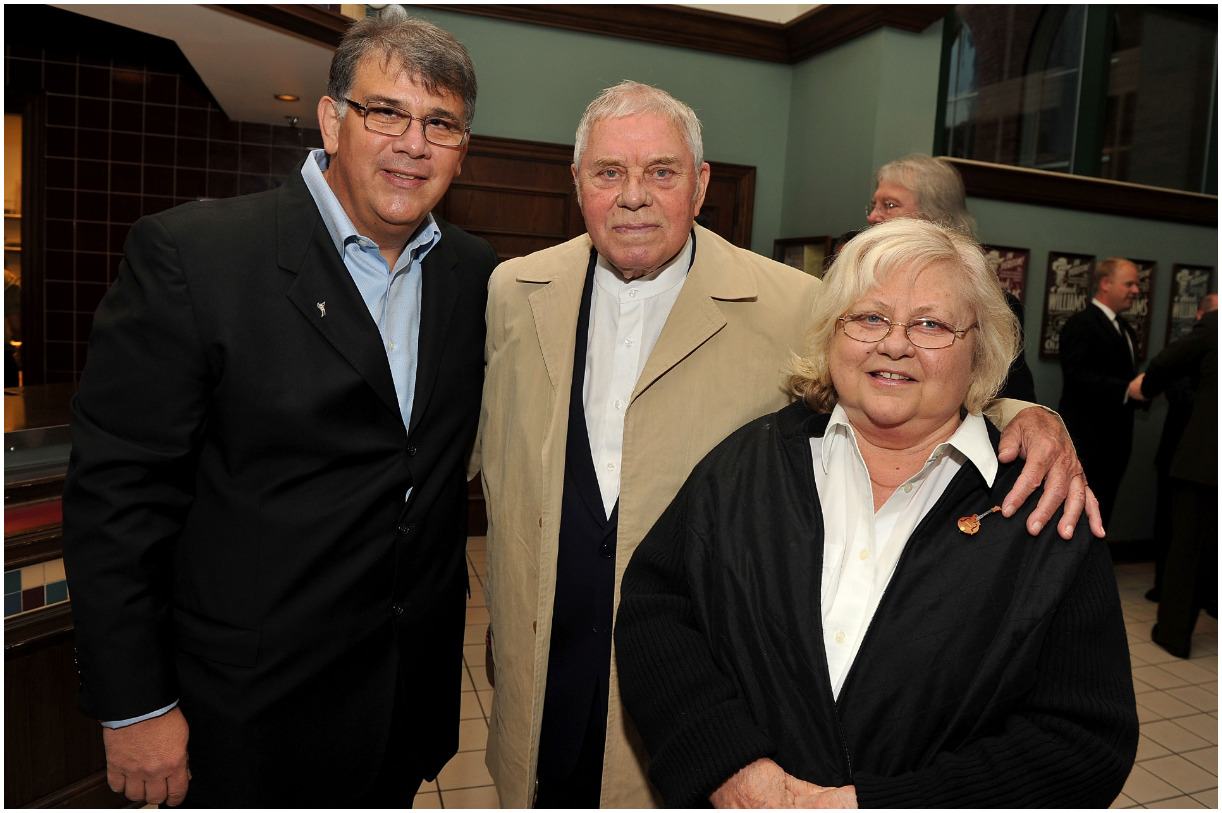 “I ran into him later at the Disc Jockey Convention, and he invited me to go fishing, and I jumped at the chance. I thought he was okay.”

Dixie went on to say:

“We went fishing and caught a huge catfish. I made him keep it in the bathtub in his apartment because I just couldn’t see it being killed. It was huge.”

Dixie is considered one of the most prolific female songwriters in bluegrass music. She has over 500 songs to her name.

Tom has a son, Dean Hall, who is a singer and member of the MuzikMafia.

Hall has published several books, including:

”I was well-traveled, and I created this illusion of literacy through reading and writing. I wrote a book of short stories.”

”It used to be that you’d have a song recorded by a major country artist and if it was a hit, you could buy a car. Now you can buy a dealership.”

”My best album is called In Search Of A Song. That was my best shot right there. My finest hour, as they say. I could listen to the whole thing all the way through. There’s nothing really crammed into it.”

”This generation should entertain this generation. It’s only fair. When I was a kid, I mowed the lawn. Now, somebody else’s kid can mow the lawn.”

”I had the notion that I wanted to write the great dirty American novel, so I went to Roanoke College on the GI Bill.”

His mother died when he was young. At age 15, his father was shot in a hunting accident. As a result, Tom had to start working in a factory.

His songs were largely reflections of his own experiences, from his life as a country music star and national television celebrity to his rural working-class beginnings.

His last public performance was in 2011.

Tom is frequently referred to as “The Storyteller” for his ability to tell stories in songs.

In addition, Tom has published several books and earned money from selling tickets to his concerts. Therefore, Tom T. Hall has an estimated net worth of $3 million.

READ THIS NEXT: Is Carl Thomas married? 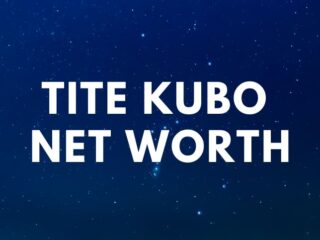 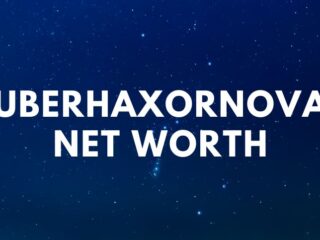 Became a big TTH fan when Ray Edwards parents’ Jim & Claudine told me he was playing with your band. Had known Ray since he was a kid. Would love to meet you & share some country stories with you! I’m 80 so I’ve spent several years listening you & your real knowledge on stories you sing about. Most artists today don’t really know what they’re singing about. We got electricity when I was in 5th grade.

Seen your shows and talked to you a few times in paducha ky. Was lucky enough to be invited to your home the day after thanks giving a couple times and i meet your lovely wife. Your number 1 with me.

Have always liked Tom T Hall music...one of the greatest of all time. Miss his performances. But I still play all his songs...fav is Ravishing Ruby.

Tom T Hall is one of my favourite singer songwriters. I think he brought depth and intimacy to country music. I am so delighted to hear he produced thirty five studio albums novels and short stories. My acquaintance with his work has only scratched the surface . Thankfully I'm in for many more treats. Many more years of health and happiness to you Tom !

I worked with Tom's younger brother Hillman in a roller bearing factory in Columbus Ohio in the early 1970s.

I would love to get Hillman's email address or phone number.