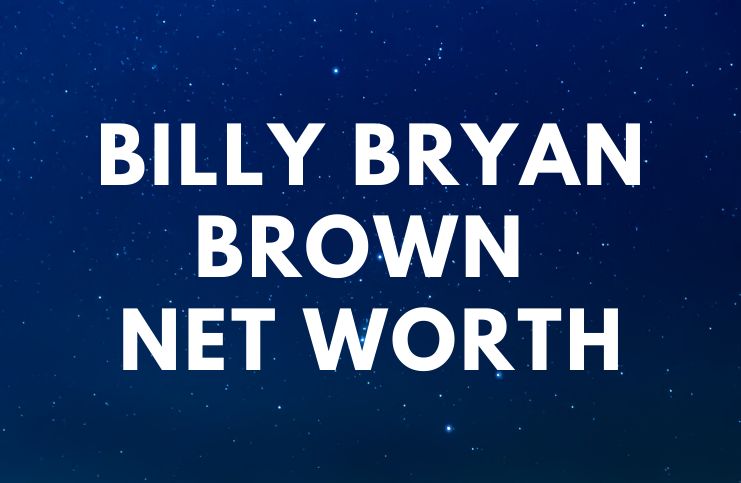 Billy Bryan Brown is the patriarch of the Brown family and the mastermind behind an American reality television series, called Alaskan Bush People.

The television series follows the extended Brown family’s life and was filmed on location near Hoonah, Alaska. It premiered on the Discovery Channel on May 6, 2014.

Billy was born to Kathryn Brown and her husband Billy Joe Brown in Fort Worth, Texas on Dec 3, 1953.

He was born into a rich family.

“I was given new boats and cars for my birthdays,” said Billy. He continued: ”I was truly the luckiest kid in town – I had it all – clothes, money, big-ticket toys, and a loving family, too.”

At age 16, Billy Bryan Brown lost his family to a plane accident. On March 2, 1969, his sister and parents were traveling in a private plane across Texas and crashed after it was caught in a thunderstorm causing their death.

After their demise, Billy plunged into poverty since he was cheated into signing an emancipation document (a way to legally separate from parents, before you turn 18 years old), which left him penniless and homeless.

At the age of 16, Billy Bryan Brown married his 1st wife Brenda. At the time of marriage, both of them were teens. The couple had two children. Nevertheless, they later divorced. Currently, he is not in touch with his children from this marriage.

In 1979, he married Ami Brown. Billy was 26 years by then. The couple fell in love at first sight. He wrote in his book:

“She was the most beautiful young lady that I had ever met in this life.”

Ami Brown’s brother Les said in an interview that Billy met Ami Brown when he was working as a plumber in his mom’s (Earlene) home.

According to reports, a marriage certificate indicated Ami Brown was only 15 years old when she married Billy. That’s illegal in most states today.

After, the couple moved to Alaska to raise their children. They first settled on isolated Mosman Island. After a while, they reached Port Protection. Billy also worked as a commercial fisherman in the North Pacific.

After they resided in Alaska, the couple had 5 more children:

Interesting note – since they live in the wilds for a long time before they meet with other people, the whole family has developed their own accent and dialect.

Launched in 2014, the TV show has recently finished its 7th season. With 3.98 million viewers, the highest rating was in the third season’s finale.

Media headlines stating that the ”Alaskan Bush People” TV show was fake and that the Brown family spent quite a bit of time outside of Alaska.

Billy is an author and has published 2 books, namely:

After lying on government forms about his Alaskan residency, he served time behind bars on account of 2nd-degree unsworn falsification.

His son Joshua was also arrested. Both pleaded guilty, which lessened the fine to an ankle monitor and community service, instead of jail time.

In 2017, he revealed that his wife was battling lung cancer. Billy said:

”She was just a few pounds away from dying. She tries to hide it from everybody but four or five times a day she bends over like a baby and cries.”

When the Brown family found out about Ami Brown’s cancer, they moved to Southern California as Amy had to go through chemotherapy and radiation.

By December 21, his wife received results from her latest scans. Her doctors reported that she had won the battle against cancer. Amy stated:

“I was expecting great news, and I could just feel it.”

”As long as Ami and my family are beside me, I’ll ride the wind of adventure to the end.’’

”Freedom is having a family so strong and so with you that you can get through anything. Freedom is being with your family.”

He owns a 435-acre land in Okanogan, Washington, which he bought for $415,000. Billy earns most of his income from the ”Alaskan Bush People” TV show as well as selling his book online, especially on Amazon. Therefore, Billy Bryan Brown has an estimated net worth of $2.5 million.