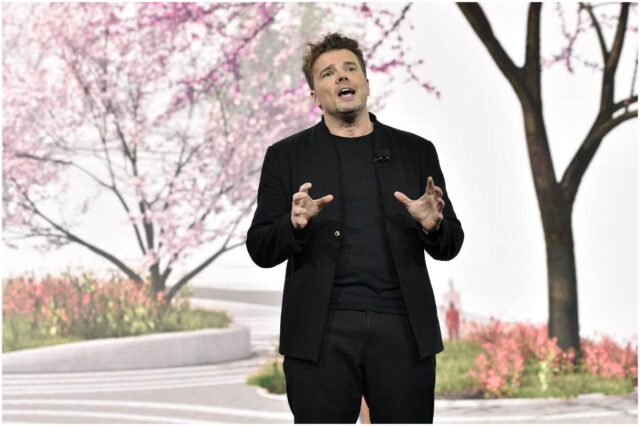 His designs are known for their sustainability and sociological philosophy, balancing both the practical and the playful sides of a project.

His mother was a dentist, while his father was an engineer.

Ingels studied at the Technica Superior de Arquitectura in Barcelona.

In 1998, he started to work for Rem Koolhaas at the Office for Metropolitan Architecture in Rotterdam.

In 2001, Ingels and Julien de Smedt started a company based in Copenhagen called – PLOT.

They completed a sailing club and a youth house at Sundby Harbour, Copenhagen.

During an interview, Ingels said:

”For me, architecture is the means, not the end. It’s a means of making different life forms possible.”

In 2004, Bjarke received a Golden Lion award at the Biennale in Venice for his Stavanger Concert House.

In 2006, he founded BIG (Bjarke Ingels Group), one of the world’s most advanced studios operating within the fields of development, research, urbanism, and architecture.

In 2007, Bjarke exhibited at the Storefront for Art and Architecture in NYC.

In 2009, he received the ULI Award for Excellence. In the same year, Bjarke designed the new National Library of Kazakhstan in Astana.

Also in 2009, Ingels co-founded KiBiSi, a design consultancy company. In 2010, KiBiSi designed the furniture for Ingels’ Danish Pavilion at EXPO.

Later that year, Fast Company magazine included Bjarke in its list of the 100 most creative people.

BIG opened a branch office in New York City in 2010.

In 2011, Ingels received the Danish Crown Prince’s Culture Prize. In the same year, the Wall Street Journal named Ingels The Innovator of the Year.

In 2011, his company won a competition to design the roof of the Amagerforbrænding industrial building.

In 2014, Bjarke released a video named – ”Worldcraft” as part of the Future of StoryTelling. During the video, Ingels said:

“Architecture must become Worldcraft, the craft of making our world, where our knowledge and technology doesn’t limit us but rather enables us to turn surreal dreams into inhabitable space.”

In 2015, BIG moved its US headquarters near Wall Street. The company also grew to a staff of 400 people.

READ MORE: What is Claressa Shields’ net worth?

In 2015, Bjarke started to work on a new headquarters for Google in Mountain View, California.

In 2015. BIG snagged the 2 World Trade Center project. He said about his new project for Business Insider:

“The design [of 2 World Trade] looks like a vertical village of city blocks stacked on top of each other with gradual overhangs that, as each building block gets thinner, the overhang becomes longer.”

He also said that James Murdoch, the CEO of 21st Century Fox, told him “he didn’t want to build a tower.”

In 2016, he was named one of the 100 Most Influential People in the World by TIME Magazine.

Later that year, Ingels was a keynote speaker at the leadership conference Aarhus Symposium.

In 2017, BIG designed the new LEGO House in Billund, Denmark. It is constructed from 21 staggered blocks that resemble LEGO bricks.

During an interview, Bjarke declared about the LEGO House:

“We have finally graduated as Danish architects.”

Ingels went on to say:

”We have made a brick building – without breaking the brick module in a single place.”

In 2018, he was named Chief Architect at WeWork.

In the same year, Ingels received the Knight’s Cross of the Order of Dannebrog.

The school is named – ”The Heights Building.” According to the Architectural Digest, the building merges two existing secondary schools under one roof to accommodate up to 775 students.

On November 7, 2009, Ingels released his first book – ”Yes is More: An Archicomic on Architectural Evolution.”

The book uses the comic book format to detail its agenda for contemporary architecture.

BIG Time documentary was released on May 3, 2017. It shows the Danish architect flying back and forth between Copenhagen and New York and working on amazing projects in both places.

In addition, he appeared in a documentary film by Kaspar Astrup Schröder, titled – ”My Playground.”

Bjarke Ingels is not married.

He has one child named – Darwin Otero Ingels.

In 2019, he delivered a TED Talk focusing on floating cities.

In another TED talk, Bjarke discussed the viability of building on Mars.

”What changes over time is the naivety fades away, but it is replaced by another kind of confidence that will make you better at seizing the moment.”

”Great buildings blatantly express their true essence to the world.”

”Buildings should respond to the local environment and climate in a sort of conversation to make it habitable for human life.”

”I really see the role of architecture and of architects to be completely involved with the rest of society.”

”It’s easy to overinterpret and see life as your own personal movie with yourself as the star of it.”

”Architects have to become designers of eco-systems.”

He currently works on over 50 projects around the world.

Ingels starred in one episode of Netflix’s Abstract: The Art of Design.

Some of BIG’s built projects include:

READ MORE: What is the net worth of Steve Huffman?

Therefore, Danish architect Bjarke Ingels has an estimated net worth of $15 million.

READ THIS NEXT: Who is Omi In a Hellcat?