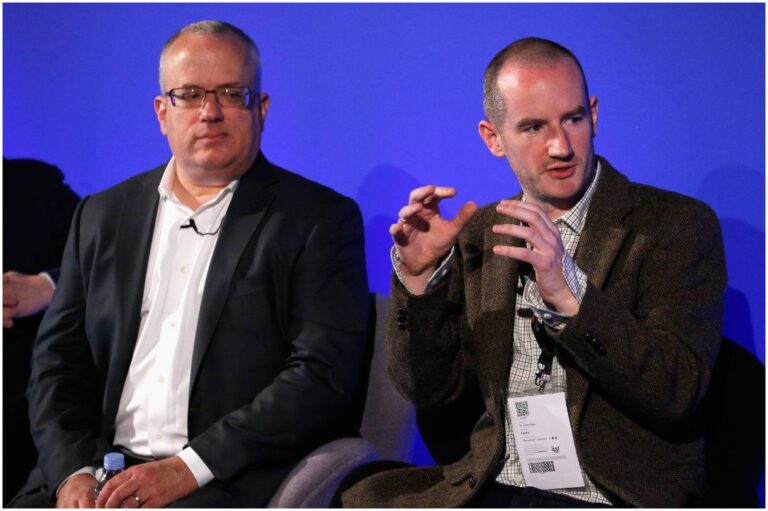 Brendan Eich is an American entrepreneur who is credited with inventing the widely-used JavaScript scripting language. However, Eich is best known as the founder and former CEO of the Mozilla Corporation. He also founded Brave Software in 2016.

In 1985, Eich earned his Master’s degree from the University of Illinois at Urbana-Champaign.

Later, Brendan worked for 7 years at a company called Silicon Graphics. There, it was the start of his programming career writing operating systems and network code.

Eich then worked for about 3 years at MicroUnity Systems Engineering writing microkernel and DSP code.

In 1995, he wrote JavaScript. SpiderMonkey is the code name for the first JavaScript engine.

In 1998, Brendan and Mitchell Baker (a Netscape executive) co-founded Mozilla to build Netscape Navigator’s source code into an open-source project that anyone could freely use.

In August 2005, he became the chief technical officer of the Mozilla Corporation.

In 2011, Brendan transferred the management of the SpiderMonkey code to Dave Mandelin.

In April 2014, Eich stepped down as CEO of Mozilla Corporation amid controversy surrounding his public support of California’s Proposition 8, a proposed state constitutional amendment which passed with 52 percent of the vote in 2008, and made same-sex marriage illegal in California. However, the law was overturned by the Supreme Court.

In 2012, Eich had to defend that donation when the LA Times uncovered the Proposition 8 donor list.

During an interview, Brendan said his donation to the campaign was “personal.” About two weeks after he was invested as CEO of Mozilla Corporation, Eich resigned.

In his personal blog, he wrote:

“I have decided to resign as CEO effective today, and leave Mozilla. Our mission is bigger than any one of us, and under the present circumstances, I cannot be an effective leader.”

”I will be taking time before I decide what to do next.”

“I’ve resigned as CEO and I’m leaving Mozilla to take a rest, take some trips with my family, look at problems from other angles.”

”And see if the ‘network problem’ has a solution that doesn’t require scaling up to hundreds of millions of users and winning their trust while somehow covering costs.”

Interestingly, in all his years at Mozilla, no one had ever accused Eich of acting in a bigoted way.

Mitchell Baker, the Executive Chairwoman of Mozilla Corporation and an advocate for LGBT equality, said about Brendan:

“My experience is that Brendan is as committed to opportunity and diversity inside Mozilla as anyone, and more so than many.”

Baker went on to say:

“I was surprised in 2012, when his donation in support of Proposition 8 came to light, to learn that Brendan and I aren’t in close alignment here, since I’ve never seen any indication of anything other than inclusiveness in our work together.”

“There is not a scintilla of evidence that he has ever discriminated against a single gay person at Mozilla.”

After he resigned from Mozilla, Eich founded Brave Software, a company that developed ”Brave” web browser.

He said about the browser:

”Brave blocks ads and their tracking cookies and ‘pixels’ by default, without taking fees to let some through as top ad-blocking browser extensions do.”

”Brave is much faster and safer by virtue of blocking ads and tracking scripts, so it protects your privacy and saves you page load time and data plan cost.”

At Brave Software, Brendan co-created the Basic Attention Token, a type of cryptocurrency that is designed for use in the Brave browser.

On October 30, 2019, it was announced that Brave and Everipedia made a co-marketing agreement. As part of this agreement, Brave will feature Everipedia ads for users who opt into privacy-preserving Brave Ads, while Everipedia will promote featured articles about Brave.

After the marketing agreement, Eich declared:

“This partnership highlights the importance of innovative products that reward user attention and participation.”

In November 2019, Brave announced on its Tweeter page that its monthly number of active users has reached 8 million. Additionally, 12 percent of clicks on links result in page visits of at least 10 seconds.

”I love the intersection of programming languages, runtimes such as browsers and game engines, cryptographic protocols, and cryptocurrency economics.”

”A search engine is a combination of a publisher and an advertiser if it’s selling space for text search ads.”

”The main idea with Brave is that you don’t have to think about Bitcoin.”

Following Brendan’s resignation from Mozilla Corporation, the National Organization for Marriage called for its own boycott of Mozilla.

Eich earned most of his wealth from inventing JavaScript scripting language as well as co-founding and working at Mozilla Corporation. In addition, Brendan has a good financial income from founding and managing Brave Software. Therefore, Brendan Eich has an estimated net worth of $3.7 million.