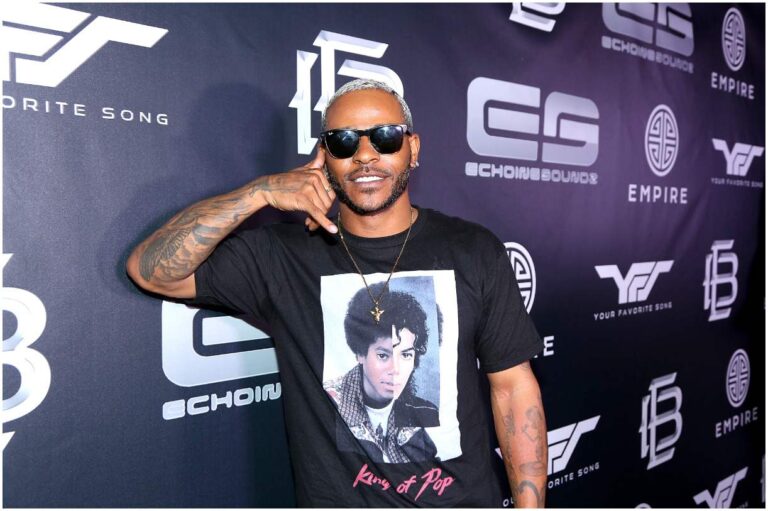 Eric Bellinger (birth name – Eric A. Bellinger, Jr.) is an American record producer, songwriter, and singer, who is part of a songwriting collective called The Writing Camp. In addition, he has written for artists such as Chipmunk, Chris Brown, and Selena Gomez.

After high school, he received a football scholarship at the University of Southern California. However, Bellinger rejected the scholarship to tour with the R&B group AKNU.

Then, he co-wrote for pop acts such as Big Time Rush, Jacob Latimore, and Selena Gomez and the Scene.

In the follow-up year, he won a Grammy in the category of Best R&B Album for contribution to Chris Brown’s album F.A.M.E.. The album sold more than 270,000 copies in its first week and debuted at number one on the US Billboard 200.

He said about his relationship with Chris Brown:

”I’ve been working with him since the F.A.M.E. album and you know we got the Grammy for that.”

Bellinger went on to say:

”I have several records throughout Chris’ discography including this new album that he’s working on – I got multiple songs on there.”

In 2012, Bellinger contributed to the song “Death Penalty” on LA rapper The Game’s mixtape California Republic.

During an interview, Bellinger said about Born II Sing Vol. 2:

”I’m super excited about it.”

”That’s priceless because over the process I’m able to gain fans and more relationships.”

In 2014, he released his debut studio album, titled – ”The Rebirth.” The album entered the Heatseekers Albums chart. Also, it peaked at number 15 on the US R&B chart and at number 23 on the US R&B/Hip Hop charts.

In July 2015, Eric released another album, named ”Cuffing Season.” It peaked at number 6 on the US R&B chart.

In December 2015, Bellinger released an album called – ”Cuffing Season, Part 2.” It peaked at number 23 on the US R&B chart.

In the spring of 2016, he released two mixtapes, titled – ”Eventually” and ”Choose Up Season.”

”I definitely was aiming for Rebirth vibes. I wanted to cover a lot of different sounds.”

On January 30, 2015, Eric Bellinger married La’Myia Good, an American actress and singer who has appeared in films such as Dick Little and The Wood. She also appeared in many TV shows such as Judging Amy, The Parkers, ER, Smart Guy, The Parent ‘Hood, Sister, Sister, and Tall Hopes.

But, La’Myia is best known for her work with R&B group Isyss as well as for her voice work in the blockbuster PlayStation 3 game Killzone 3.

The couple met in the mid-2000s in LA. At the time, Good and Eric both had the same manager.

”We met 13 years ago, we were both doing music and La’Mayia was in a female R&B singing group.”

”I was in a male R&B group – we were managed by the same manager as well so we were just always around each other.”

In 2017, the two featured on the E! network reality TV series The Platinum Life.

In 2018, he surprised La’Myia on Valentine’s Day by showing up outside of Hollywood’s Project Los Angeles nightclub with a white unicorn.

”Knowing how to actually formulate a song is what has formed my longevity in the behind-the-scenes realm.”

”I like being at home, so I think it’s about me actually getting out there and just having some fun.”

”I’m trying to be an example for the young adults and gentleman of our generation.”

”It’s tough to fish and sift through the chaos, but I like it.”

Bellinger is the grandson of songwriter Bobby Day, a Texas-born singer-songwriter who was a member of groups like Bob & Earl and The Hollywood Flames. Day is best known for his hit single “Rockin’ Robin.” Eric said about Bobby:

”My grandfather was the first person I had ever seen with a studio in his basement.”

He has worked a number of talents across the board like:

Bellinger earned most of his wealth for the music he wrote or produced. Eric likes to promote his music with the help of social media, especially Instagram (where he has over 759,000 followers). He even said – ”It [Instagram] gives you the chance to be a little more creative, visually on the overall outlook of the page.” Therefore, Eric Bellinger has an estimated net worth of $2.3 million.