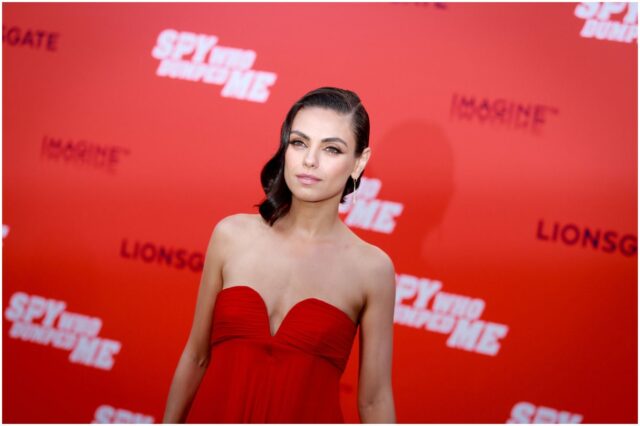 What celebrities play World of Warcraft?

World of Warcraft is a massively multiplayer online role-playing game that was released in 2004 by Blizzard Entertainment. It is the 4th released game set in the fantasy Warcraft universe.

About 1 in twelve people play WoW throughout Europe. Also, 1 in 5 WoW players is female.

With over 99,800 pages, the WoWWiki is the largest community-run wiki of any video game on the internet.

Subscribers in the United States spend an average of 22.7 hours a week playing World of Warcraft, as opposed to 35 hours at work and 39.25 hours watching TV.

In one of the early versions of the game, both Priests and Hunters had melee talent trees. Priests would choose the Discipline tree, which explains why Inner Fire increased attack power, whereas hunters who wished to melee would choose the Survival tree.

List Of 12 Famous People Who Play Or Have Played WoW:

He is an American musician and singer who is best known as the lead vocalist and frontman of the metal band ”Korn.”

His music is popular for being dark, addressing issues of emotional trauma and abuse, which is inspired by the abusive and terrible childhood that Jonathan had.

During an interview, Davis said:

“I played a lot. I have my own guild… I had a guild called Children of the Corn – it was on the Stonemaul server. I’m a warrior, yeah. Undead, tank.”

On the road, Schilling would get online in the hotel and play WoW and EverQuest with his kids. At some point, he was asked about how much time he spent playing video games when he was a professional baseball player:

“Way more than that.”

His IQ has been reported at over 180.

Oka was at one time a leader of the raiding guild Dawn of Valor (Spinebreaker US realm).

He is an American actor. In 2006, Routh portrayed the titular superhero of the film Superman Returns. Before filming began, Brandon bulked up for the role, gaining 22 pounds to reach a high of 218 pounds. In 2013, Brandon voiced David “Hesh” Walker in the video game Call of Duty: Ghosts.

He is an American actor, filmmaker, and producer who created the 1990 film Darkman, the cult horror Evil Dead series, and directed the original Spider-Man trilogy (2002–07) and the 2013 Disney fantasy film Oz the Great and Powerful.

Raimi is also an avid World of Warcraft gamer. He said:

“I like the use of scale, the giant monsters they have. I love the different sizes and the powers that they have.”

”Some are great warriors with axes like an orc, or others, maybe like a human paladin, can carry those great awesome war hammers. I think it’d be really cool to see them in battle.”

He is a retired American professional mixed martial artist and undefeated kickboxer and boxer.

His rogue, Lilevil, earned Grand Marshal status in World of Warcraft during the time when grinding the ultimate PvP title was a grind of enormous proportions.

He is a Northern Irish DJ and actor who is best known for his portrayal of Hodor in the HBO fantasy series Game of Thrones.

Regarding WoW, he said:

“I’m just so deeply into that game. I’ve been playing since launch and man, it just has me by the balls. It always has had and I think it always will.”

”I’m also playing a bunch of app games as well, King of Avalon. I’ve spent way too much time and money on that one too.”

He was an American actor that had a larger-than-life personality. Offscreen, Robin was involved in humanitarian causes and raised three children—Zak, Zelda, and Cody. On screen and on stage, Williams embodied what he referred to as “hyper-comedy.”

In addition, a petition on Change.org has succeeded in getting Robin memorialized in WOW in 2014.

According to Ronda Rousey, Vin played as a druid in the game. She also said:

“Every night after filming we would go over to his place and set up computers on opposite sides of the room and he’d say, ‘Okay we’re going to go to this dungeon and we’re going to do this.’”

He is an American actor, writer, stand-up comedian, and producer who is best known for his acclaimed and iconic satirical comedy sketch series” Chappelle’s Show.”

“You know what I’ve been playing a lot of?” the comedian asked the crowd. “World of Warcraft!”

“I knew I had some geek brothers and sisters up in here!”

She is a television and film actress who came to fame on the sitcom ‘That ’70s Show.’ During an interview, Mila revealed her interest towards the World of Warcraft.

Cameron Diaz is a world-renowned American actress best known for her roles in blockbuster films such as The Mask, Charlie’s Angels, and There’s Something About Mary.

According to rumors, WoW is one of Cameron’s hobbies.

READ THIS NEXT: Famous People Who Went To UCLA