What is Ron White’s net worth? Is Ron White married?

Ron White, also known as Tater Salad, is an American stand-up actor and comedian who rose to fame as the cigar-smoking, scotch-drinking funnyman from the Blue Collar Comedy Tour phenomenon.

From his military service to his time in Mexico to some major marriage drama, read on to find out all about Ron White’s life and career.

At the young age of 17, White joined the United States Navy, where he served in the Vietnam War on the USS Conserver (an auxiliary rescue and salvage ship).

Even when he was little, Ron knew he wanted to be a comedian so he could make people laugh.

Right after the war, he bought a pottery factory in Mexico, but he quickly moved back to the states to pursue his comedy career dream. 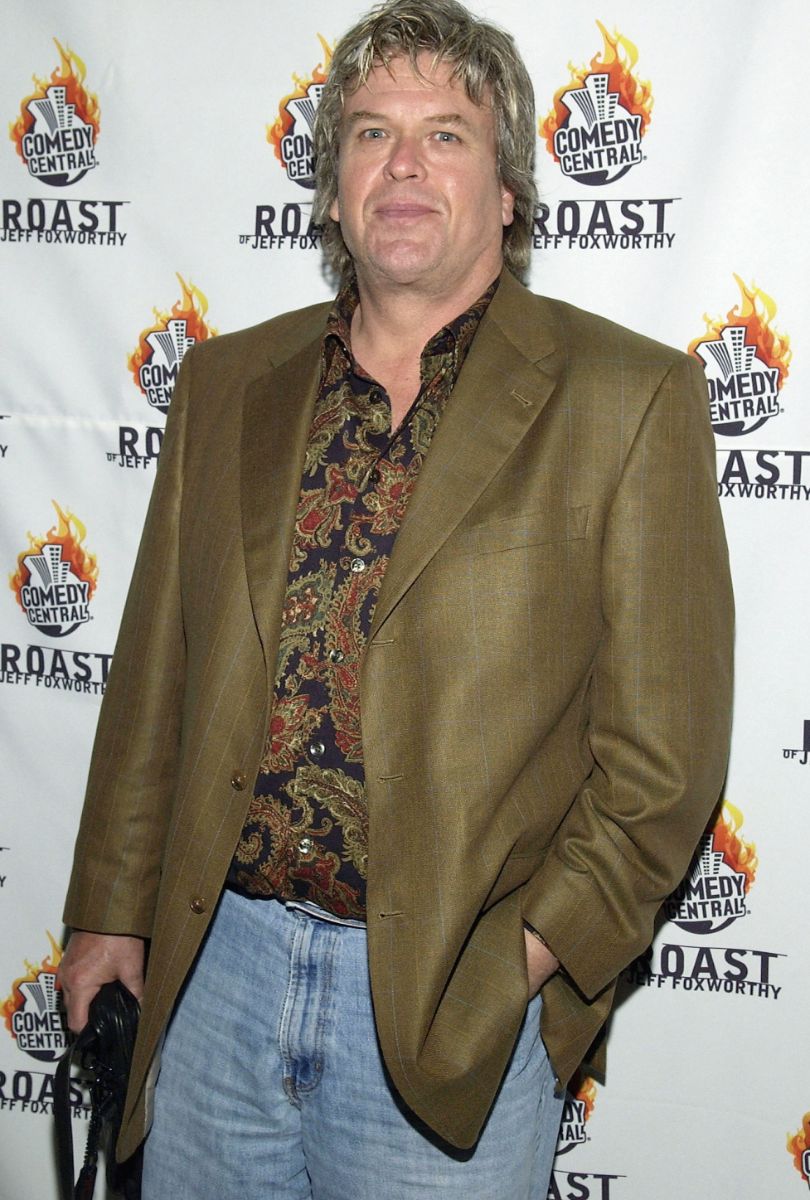 But it wasn’t until 2003, after touring with the Blue Collar Comedy Tour (Larry the Cable Guy, Jeff Foxworthy, and Bill Engvall), that he released an album that would reach the charts.

In 2003, Ron released the solo album “Drunk in Public,” which reached #2 on the US Comedy charts and even sold enough copies to go Gold.

During Ron’s 3-year tour with the Blue Collar Comedy group, shows sold out all across the US. 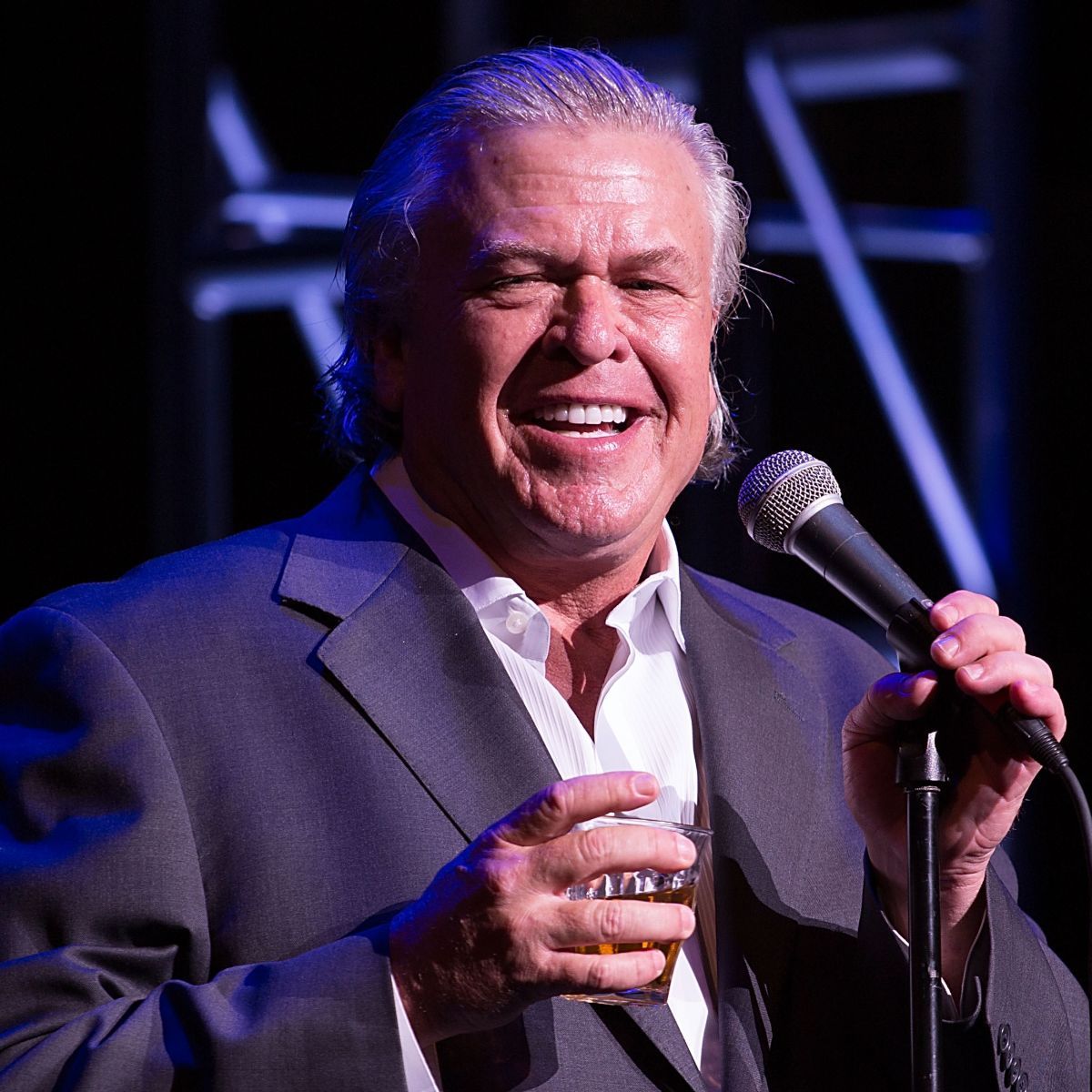 There were over 90 cities on the tour map, and the group accumulated over $15 million in gross ticket sales.

In 2005, Ron was on the compilation albums “Redneck Comedy Roundup” and “Redneck Kings of Comedy.”

He also had a pilot of “The Ron White Show” air on WB Television Network.

In 2006, Ron was a featured comedian on the album “Comedy Central Presents Southern Gents of Comedy.

The same year, he released “You Can’t Fix Stupid,” which topped the US Comedy charts, sitting at number one at one point.

In 2009, he reached #1 again with the release of the album “Behavioral Problems.”

In March 2009, Ron was recognized for his efforts in raising money for wounded soldiers by being awarded the “Patriot Award” by the Armed Forces Foundation. The same year, Texas created “Ron White Day” on April 27, 2009.

In 2010, Ron worked with Michael Blakely (an infamous producer) to create OMG – Organica Music Group. Their very own record label would work with rising and roaring musicians and comedians!

In 2013, Ron released another #1 US Comedy album titled “A Little Unprofessional.” In 2014, this album was nominated for Best Comedy Album at the 56th Annual Grammy Awards.

Fans are asking how many times Ron White has been married. Let’s see:

Ron was first married in 1981 to Lori Brice.

After having a kid and being married for 12 years, the two got divorced. Their son, Marshall White (born in 1991), appears to be following in his father’s professional footsteps.

His second marriage to Barbara Dobbs lasted from 2004 until 2008, when the couple was divorced. The two lived in Atlanta, Georgia, for the time they were wed.

Ron White’s third marriage to singer Margo Rey lasted from 2013 to 2017, when the two went through a nasty divorce. 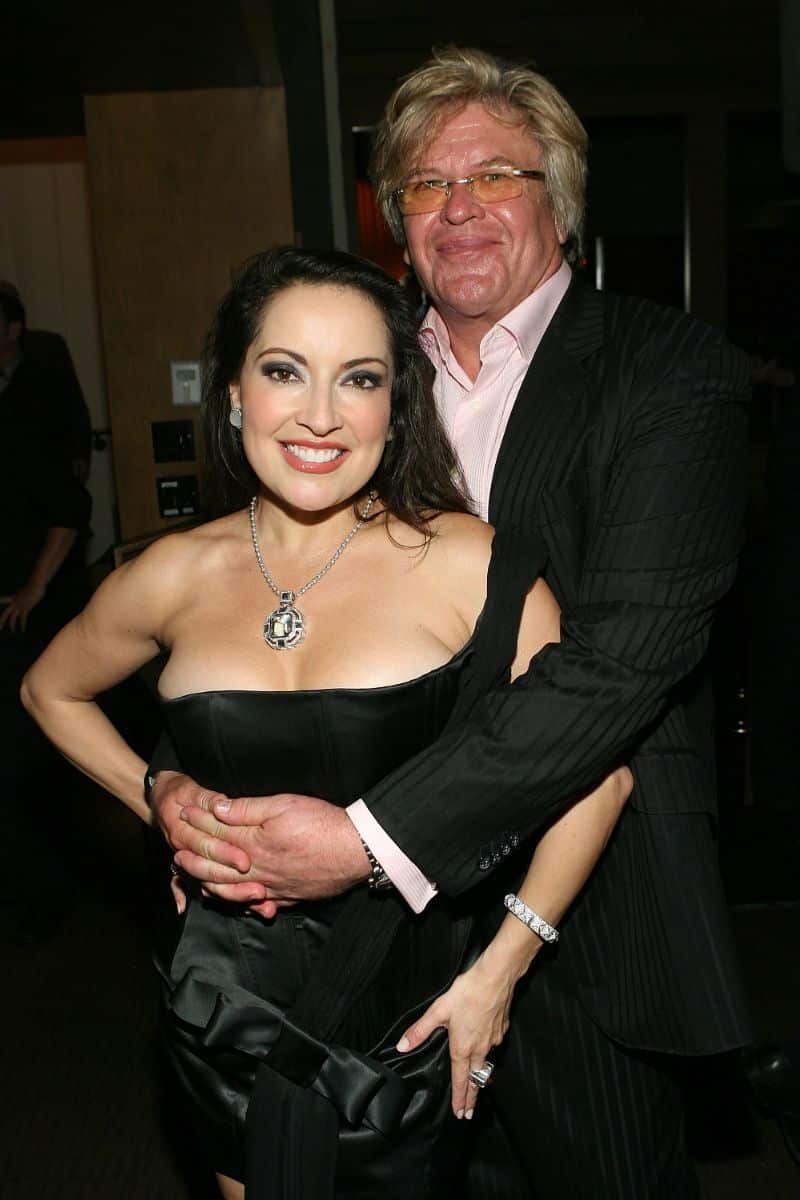 Margo claimed Ron left her all on her own right after she went into remission from cancer.

Ron canceled Margo’s credit cards and changed the locks to their shared home.

Margo didn’t know about any of this until attempting to make a payment on one of her large, outstanding medical bills from all the cancer treatments.

During the couple’s divorce, Ron tried to say that he and Margo were never really married due to the fact that she would not sign a prenuptial agreement with him. However, they had a $100 thousand wedding that seemed pretty real to everyone else.

Still, the comedian attempted to have the divorce dismissed, calling their wedding a sham ceremony and claiming Margo knew it was pretended the whole time.

Despite Ron’s best efforts, Los Angeles Superior Court judge ruled on Margo’s side regarding the couple’s divorce – the judge proved that the couple’s relationship qualified as a common-law marriage while they were residing in Texas, as well as ruled that they were in fact married in the state of California. 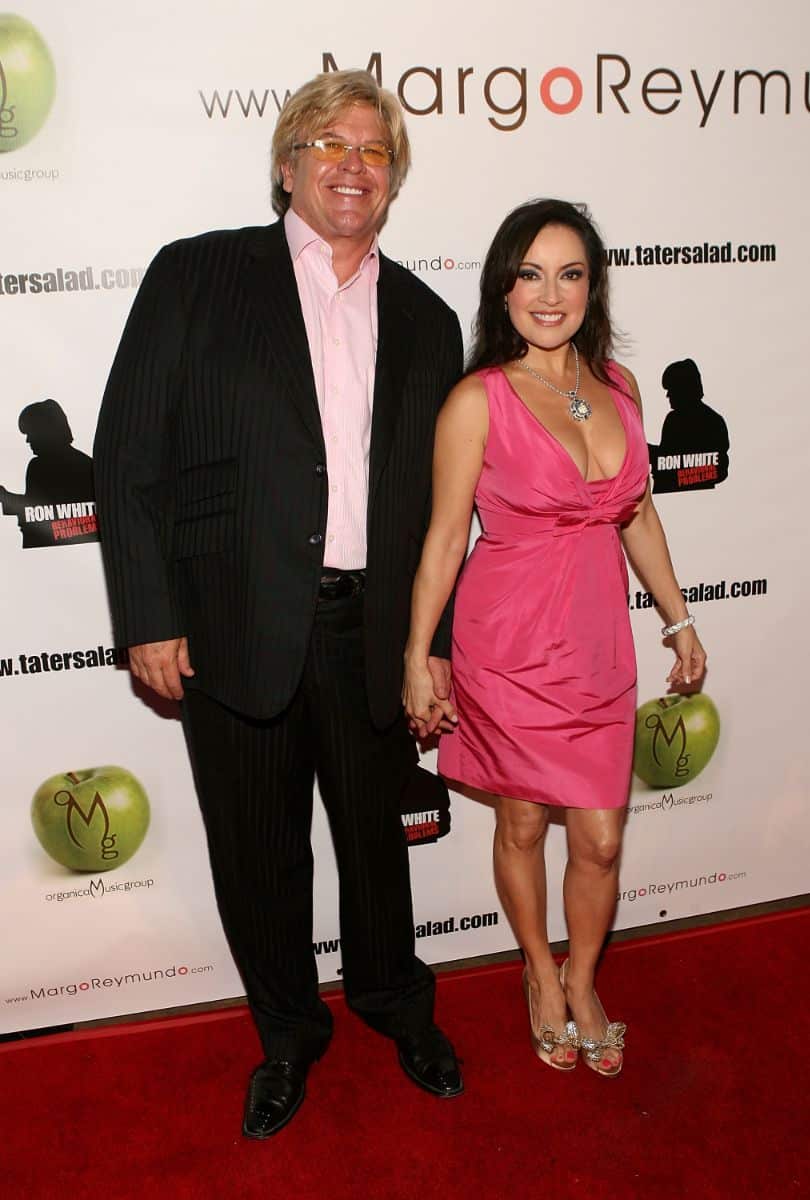 Each month, Ron has been paying around $25 thousand in alimony to Margo.

In 2020, he asked a judge to put an end to this ex-spousal arrangement due to the changes in his income.

READ MORE: What is the net worth of Richard Montañez?

April 27, 2009, was designated as “Ron White Day” in the State of Texas by Texas legislative officials.

White is a member of The Blue Collar Gang, along with his friends – Bill Engvall, Jeff Foxworthy, and Larry the Cable Guy. 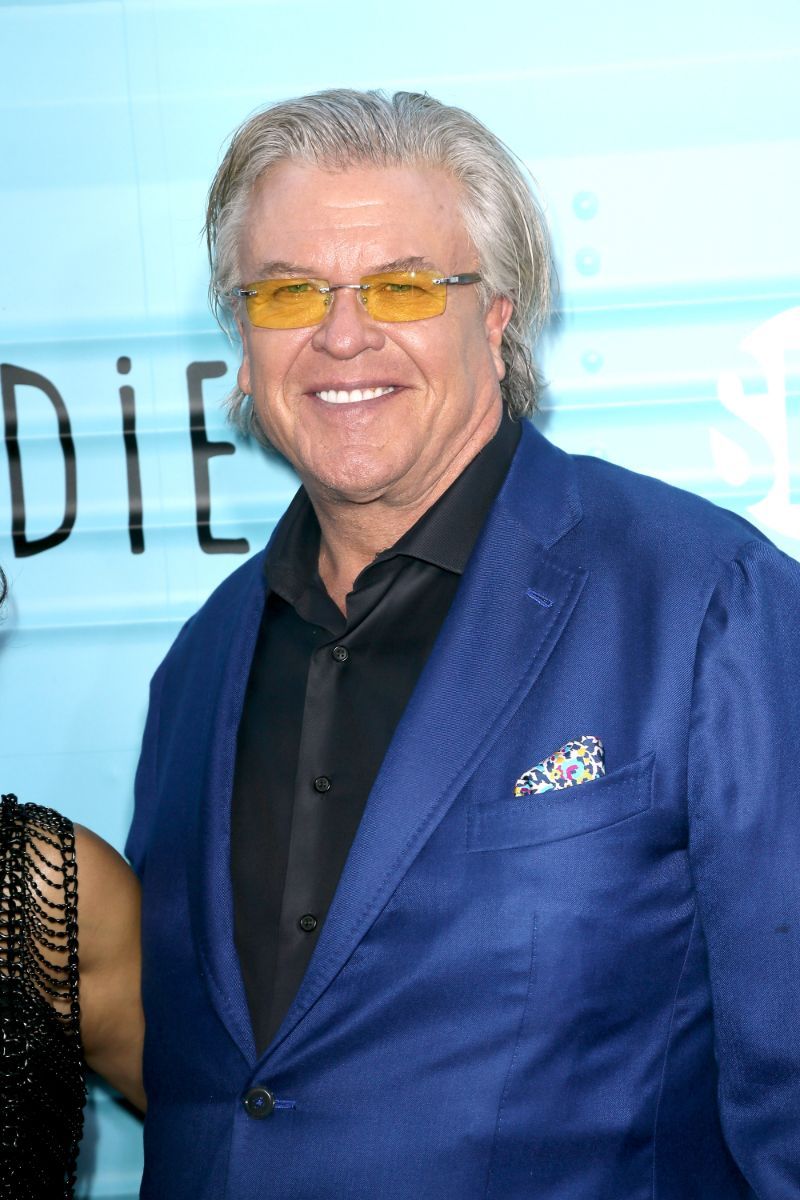 ”Every popular love song should be required to have a follow up when the singer gets hosed in a divorce.”

”I believe that when life gives you lemons, you make lemonade. Then find someone whose life gives them vodka and have a party.”

”I believe that a bad Super Bowl halftime show is still better than a soccer game.”

“If you look at the common denominator of all the comics who have had a big success, it’s being true to their nature… that’s what takes a long time to learn.”

“I’ve been performing there since the comedy club days, so that’s about 25 years I’ve been going up there from time-to-time.”

READ MORE: All You Need To Know About Michael Seresin 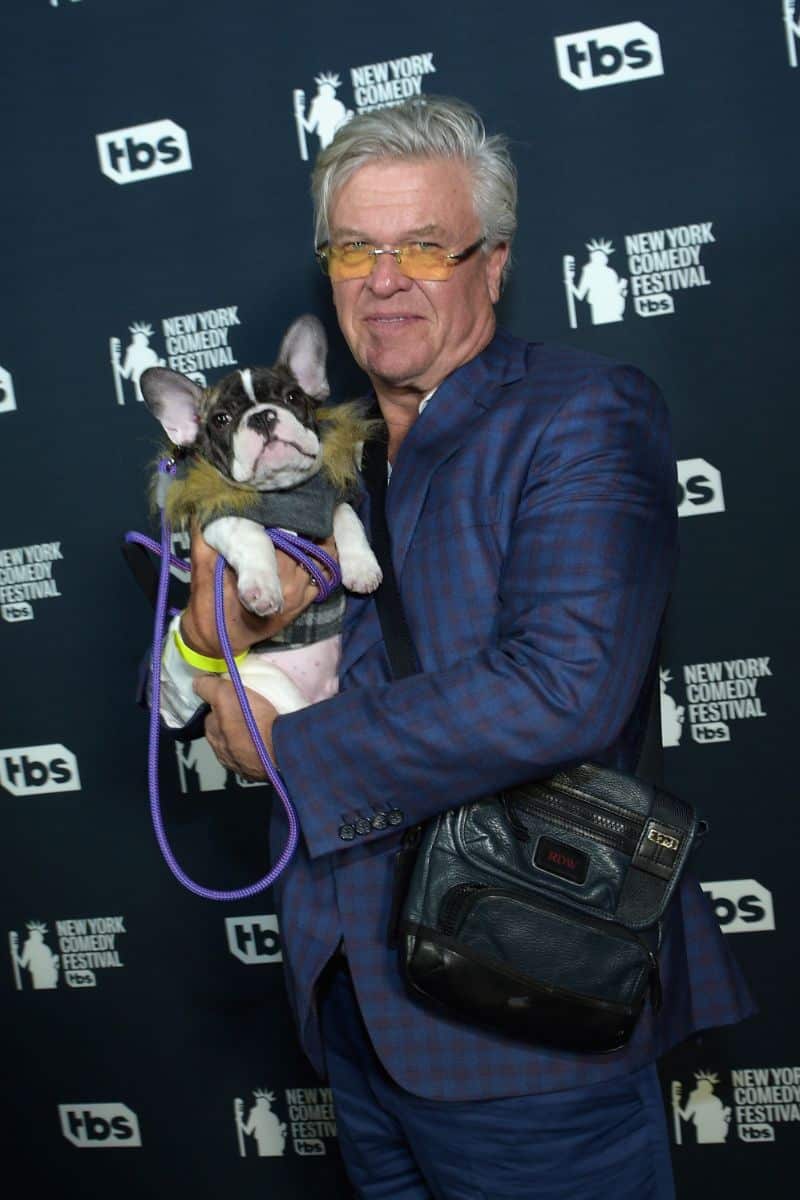 So, how much is Ron White worth?

White has sold more than 15 million albums in his career, and he is one of the top 3 grossing comedians to tour in the United States.

Some of his albums are – If You Quit Listening, I’ll Shut Up, A Little Unprofessional, Behavioral Problems, You Can’t Fix Stupid, They Call Me “Tater Salad,” Drunk in Public, and Tater Salad a.k.a. Busted in Des Moines.

Ron is the author of the book ”I Had the Right to Remain Silent But I Didn’t Have the Ability,” which appeared on the New York Times bestseller list. The book was released by Penguin Books in 2006.

In October 2020, the comedian listed his Spanish-style home in Beverly Hills for $7 million.

Therefore, Ron White has an estimated net worth of $50 million.

READ THIS NEXT: Who is Daliso Chaponda?

I always enjoyed Ron's comedy and wanted to see him do a live show. Finally got the chance in Sarasota, Fl. several years ago, and that was the end of any appreciation for Mr. White. To say the least he was unprofessional and stunk! By mid-show, he was obviously shit faced, and could not even remember his lines. He was boarder line falling down drunk, and spent more time drinking than he did performing. Probably for the best since he couldn't remember how the joke ended anyway. The audience slowly drifted out- some quite early in the show. The few of us remaining at the end wondered if we should ask for a refund or at least tickets to Pee Wee Herman! Never Again Ron!

Jesus H. Christmas Ron! Don’t financially shipwreck that woman! You are better than that! P.S. l am a huge fan of yours.

Fighting over the money keeps you from making more... Pay your ex- wife Margo; she gave you some of the best times in your life and no price can be put on that... Hubs and I love your humor - we quote each other back and forth all the time. At first, I was inclined to take your side; but there's no justification for locking a woman out of her own house-- a home she shared with you. And why cancel her gigs? In general, most drunks are d**ks to live with; so think about that.

I just love your humor, You site real life circumstances along with true views on SEX. There is NO BODY that can't relate to your views on SEX. Every time I watch you I brake out My Bottle of JW BLUE SCOTCH AND FIRE UP A PARTAGAS CHURCHILL CLOSE MY OFFICE DOOR and escape !! Thanks for your HUMOR

Simply put you are the definition of Brilliant! Thank you for what you do. Glad we were able to get you that plane...

My dream: sitting 8 rows deep at a Ron White show. You top off your glass of scotch, take a pull from your cigar. Turn back to the audience and while looking right at me say “wanna go for a plane ride Scooter?” I point at myself as if you say, who me? And you just smile and say “yeah Scooter, I’m talking to you”. And all I can say is “hell yeah” and with that, after the show, we were high in the sky!

It should have been me. LOL