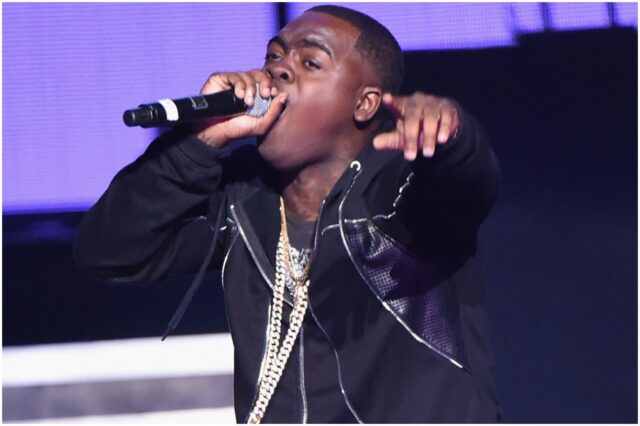 Kidd Kidd (birth name – Curtis Stewart) is an American songwriter and rapper who released a single named “Everyday” in 2016.

At the start of his career, Curtis was a member of a rap collective called Sqad Up. But, Kidd joined the popular hip-hop group G-Unit (short for Guerilla Unit) in 2011.

At the start of his musical career, alongside fellow New Orleans-based rappers, T-Streets and Gudda Gudda, Stewart was part of Young Money Cash Money, an American record label that was founded by American rapper Lil Wayne.

G-Unit is an American hip hop group that was formed by East Coast rappers Lloyd Banks, Tony Yayo, and 50 Cent.

When asked about his relationship with 50 Cent, Stewart explained:

“50’s a real individual and a true artist and I think he heard that in me.”

Kidd went on to say:

”He doesn’t want me to water things down. A lot of people wanna change you and I’m not for that.”

He featured in many of 50 Cent’s recordings, including the album ”Animal Ambition” and the mixtape ”The Lost Tape.”

In April 2018, Curtis announced he was leaving G-Unit Records to become independent and to focus on his own label, RLLNR Entertainment.

“He’s {50 Cent} all about you branding yourself and you can’t always expect the person that holds your hand to help you cross the street, you know?”

”So right now I’m just moving how I’m moving and trying to make it happen.”

Kidd Kidd started his YouTube channel on October 25, 2010. The channel has over 30,000 subscribers and more than 19 million views.

His most popular video is titled – Kidd Kidd “Better Walk feat. 50 Cent Directed by Eif Rivera off of THE REALLIONAIRE CD.” The video was published on March 8, 2011, and it has over 950,000 views.

In June 2011, shortly before he was accepted into G-Unit, Kidd suffered six gunshot wounds. Two masked men (in a suspected robbery attempt) ambushed the car he was sitting in, firing 36 shots into the vehicle.

The rapper was attacked while sitting in a vehicle outside his mother’s home in New Orleans.

“Wuzzam man thank yall for keeping me in yall prayers n*gga hit me six times but dey ain’t stopping nutin b#### a## n#### get ur refund I ain’t dead.”

It took the American rapper more than 10 months to recover and get back to full strength.

He said about the shootings:

“For me, it wasn’t nothing but a karma thing.”

“You gotta expect that. When you do dirt, dirt gets done back to you.”

During another interview, he said:

READ MORE: What is Kevin Gates’s net worth?

In 2015, he was arrested before a concert by The New York City Police Department after he allegedly assaulted a woman in a domestic dispute.

“We was gonna rap with Kidd Kidd but the police was out front and they snatched him. He’d be out by tomorrow.”

”I ain’t gonna lie, I think he {Lil Wayne} kinda respect me way more just as far as me being able to get out there on my own and start making my own moves.”

”You can hit the top depending on how your aim is.”

”When u at the bottom all u see is the top jus know when u fall it’s a long drop everybody wanna ball to scared to take the shot.”

“Everything I do is inspired by a situation I went through.”

READ MORE: Who is Vitas?

Curtis has appeared on many of 50 Cent’s projects, including:

Curtis earned most of his wealth from his music. He got his start in his musical career as a part of Lil Wayne’s American record label ”Young Money Cash Money.”

In 2011, he signed a record deal with 50 Cent’s label imprint G-Unit Records. He also earns some money from ads on YouTube and paid posts on Instagram. Therefore, rapper Kidd Kidd has an estimated net worth of $3 million.

READ THIS NEXT: Remy Ma Net Worth