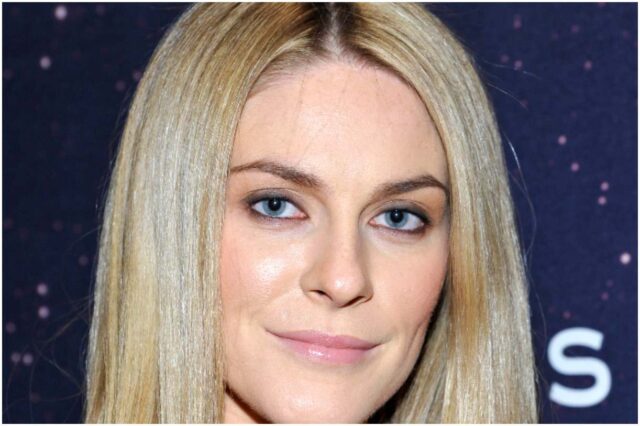 What is Leah McSweeney’s net worth?

Leah McSweeney is an American podcaster and fashion designer who is best known for her Married to the MOB clothing line.

Her line of T-shirts is embellished with provocative messages like ”Men are the new women” or ”Super B****.”

She was born and raised in New York City, USA.

McSweeney attended Convent of the Sacred Heart on Manhattan’s Upper East Side, an independent Roman Catholic all-girls school in the Manhattan borough of NYC.

During an interview, Leah said:

”I went to an all-girls private school and had to wear a uniform.”

”People were trying to mould me into something I wasn’t. I am not changing myself for anybody, and that certainly goes for who I date.”

She was expelled from Sacred Heart at the age of 13 and moved to Connecticut with her family.

After high school, she relocated back to New York. There, Leah briefly studied at the Fashion Institute of Technology, a public college in Manhattan, that was founded in 1944. The college is part of the State University of New York.

In 2002, she was involved in a physical altercation with the NY Police Department, where she suffered several injuries.

Leah said that she and her ex-boyfriend, Daniel Leff, were saying goodnight outside the Hammerstein Ballroom when she suddenly felt Daniel:

“being rapidly pulled from her by several individuals, whom she recognized to be uniformed police officers.”

”The cops were beating up a friend of mine outside the Hammerstein Ballroom at around 4am.”

Leah went on to say:

”I had a bottle in my hand and, though I shouldn’t have, I threw it. That’s when the cop punched me.”

The designer also said that during the encounter, one of the police officers hit her in the face. The hit caused her to suffer contusions, bruises, and a fractured tooth.

In the lawsuit, McSweeney said she was put in:

“extreme physical and emotional distress, and wrongfully confined to a holding cell.”

In her lawsuit, she requested $1 million in punitive damages. Additionally, Leah asked for an additional $3 million in special damages.

“Any injuries alleged to have been sustained resulted from Plaintiff’s own culpable or negligent conduct and was not the proximate result of any defendant City.”

Married to the Mob

She won a $75,000 settlement from the incident with the NY Police Department. Leah used the money as an investment in what would become her clothing company, called – ”Married to the Mob.” She was helped by her ex-partner Rob Cristofaro.

McSweeney turned her apartment into her office, purchased a new computer, and started the company.

Her company has its headquarters at the Empire State Building.

When asked about the size of her company, Leah responded:

”There are around 10 employee, plus interns. We don’t have a lot of [interns], the rule is quality over quantity.”

The Real Housewives of New York

In August 2019, it was announced that The Real Housewives of New York City would replace Bethenny Frankel with McSweeney.

Frankel is one of the very first stars of the reality TV show. She said that she would be leaving The Housewives of New York City to focus on future endeavors in the entertainment industry, her philanthropy, and her 9-year-old daughter Bryn.

In 2017, she slammed American stand-up comedian Michael Che (he serves as co-anchor of the Saturday Night Live), calling Michael “D-list” and “arrogant.”

At the end of a series of text messages that ended in early January 2017, Michael said:

“I [don’t] wanna meet up. You text really strange declarations looking for a reaction.”

”and I don’t wanna know what’s the real-life equivalent of that.”

“I met a comedian, I’ve dealt with a few comedians. They are the worst, I don’t even know why I entertain this but I have to say.”

”Michael Che is so arrogant and so rude and disrespectful.”

On the podcast, Laura and Leah cover a wide range of topics, like advice on wellbeing and lifestyle, as well as reflecting their lives in the fashion and music industry, particularly their lives as women in male-dominated industries.

She is currently single. Leah once said:

She has a daughter named – Kiki. Her child’s father is Rob Cristofaro.

Her clothes were worn by Fergie.

READ MORE: Who is Nina Gray?

McSweeney earned most of her wealth from being the founder of a clothing brand called – ”Married to the MOB.” She started the company with $75,000 that she received after a settlement with the NY Police Department.

In addition to her clothing brand, she contributes to Mass Appeal, Penthouse, and Hypebae. Additionally, she is the co-host of the podcast “Improper Etiquette.” Starting in 2019, Leah will appear on the reality series The Real Housewives of New York.

Leah has appeared on Bravo’s Chat Room, Watch What Happens: Live, and more.

Therefore, American fashion designer Leah McSweeney has an estimated net worth of $2 million.

READ THIS NEXT: Tite Kubo Net Worth