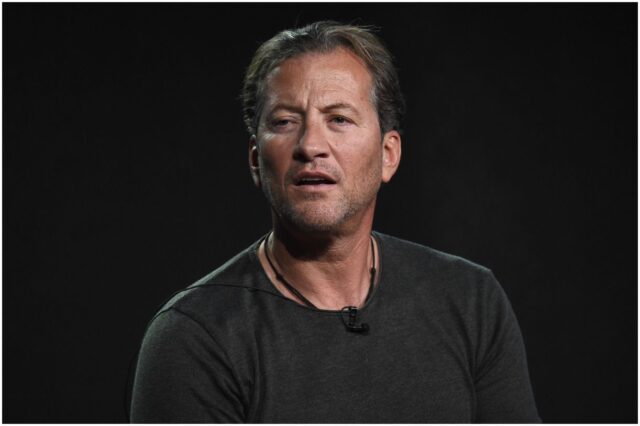 Darrell Miklos is an American reality television personality and a professional treasure hunter who is best known for starring in the Discovery Channel TV show Cooper’s Treasure.

Miklos has been using secret maps created by former NASA astronaut Gordon Cooper to find shipwrecks in the Caribbean. He said:

“There are three-million shipwrecks all over the world and only one or two percent of those have been discovered.”

Miklos was born in 1963 in the USA. As a kid, he spent his weekends on the water in Laguna Beach.

His father, Roger Miklos, was a police officer. Darrell said about his dad:

“My father was a strange individual, very much a nomad.”

Roger was also passionate about treasure hunting. Darrell confessed in an interview:

“He was a professional treasure hunter back in the 1960s and he introduced it to me as a child.”

Miklos senior used to be a close friend of Gordon Cooper, an American aerospace engineer and one of the seven original astronauts in the first human space program of the US – Project Mercury.

Cooper helped Roger find a job at The National Aeronautics and Space Administration (NASA), finding used booster rockets that had fallen from space back to Earth.

In 1963, Gordon broke the record for the longest solo spaceflight, logging almost 34.5 hours above the Earth.

While he was in space, Gordon recorded dark spots he observed in the waters of the Caribbean. Cooper thought that these anomalies may be possible sunken shipwrecks.

Darrell became friends with Gordon through his dad. He said:

“I first met Gordon in the green room, backstage at The Merv Griffin Show.”

Miklos went on to say:

“My dad and he were on the show together, an episode about adventurers.”

In another interview, Darrell declared about his relation with Cooper:

“Fast-forward to my 30s, I met him in the Bahamas and we flew back to California together.”

“We were working on a project in the Bahamas.”

In 1999, Cooper gave the map with the sunken shipwrecks to Darrell. Miklos stated:

“I knew he was getting ill and he knew it, and before his passing, he sat me down and said, ‘Look Darrell, I’ve got all these files. I’d only seen a portion of them.’”

“’If anything ever happens to me, just make sure you finish what we started here.’”

Gordon died in 2004, nevertheless, Darrell continued to attempt to piece together the work he had done. He said:

“I think we’re about to embark on something so historical it’s definitely going to make the news.”

Darrell said in a later interview:

“Everything that he [Gordon Cooper] pointed out to me on the files, have been proven to be positive, as far as shipwreck material and historical information.”

The complete story of the sunken shipwrecks is detailed in the reality series Cooper’s Treasure that runs on Discovery Channel. In an interview, Milkols declared:

“I think I’m the only man on the planet that, in the business I am – historical shipwreck recovery – received information from an astronaut [with] coordinates that he obtained on a spaceflight.”

In the first season of the reality television series, he has found an anchor that belonged to one of Christopher Columbus’s ships which sailed between the New World and Spain.

He said about the anchor:

“I knew in my mind that we were onto something so historically significant, just by the first line of site.”

Darrell said that filming the reality series lowers the chance of another treasure hunter stealing his findings. He said:

“If we’re lucky enough to find something of commercial value and large historical value, if we’re documenting it, then they’re going to be caught on film trying to steal it from us.”

Miklos and his crew located a pile of six cannons dating back to the 1700s. He said about the cannons:

“One possibility is that the ship dumped the cannons because it was taking on so much water, they needed to get rid of all things heavy.”

In the second season, he found a huge unidentified submerged object (USO) that has 15,300ft long obtrusions jutting from its side.

Miklos said about the USO:

“I was trying to identify shipwreck material based on one of the anomaly readings on Cooper’s charts when I noticed something that stuck out, that shocked me.”

At the moment, the third season of Cooper’s Treasure was not renewed by Discovery Channel. He said about the possible third season:

“I don’t feel like we have even scratched the surface of what’s in Gordon Cooper’s files, but that’s what we hope to do in the third season.”

Darrell Miklos is a married man, but the name of his wife was not released to the public.

Miklos and his wife have two children.

In 2004, when Darrell and his wife had a newborn baby at home, he was caught in a hurricane. For about three days his family thought he was dead.

Miklos earned most of his wealth from starring in Discovery Channel’s reality television show “Cooper’s Treasure.”

According to reports, Darrell receives around $30,000 for an episode.

Therefore, Darrell Miklos has an estimated net worth of $1 million.

READ THIS NEXT: Alec Steele Blacksmith