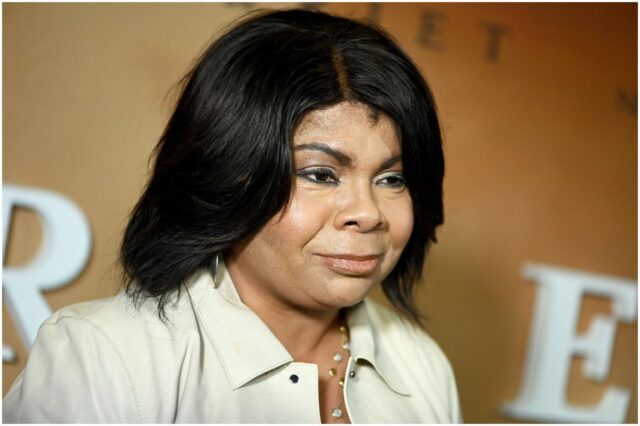 April Ryan is an American political journalist and author who serves as the Washington, D.C. bureau chief for American Urban Radio Networks.

After graduating from college, April worked as a freelance writer for several television stations across the eastern US.

Since 1997, Ryan has served as a White House correspondent.

In 2017, she was signed by CNN as a political analyst.

On July 11, 2019, April was inducted as an honorary member of the Delta Sigma Theta sorority.

In 2018, Lynne Patton, the head of the regional Housing and Urban Development office that oversees New Jersey and New York, tweeted:

”I hear #MissPiggys still on a rampage. Gee, I must have struck a nerve @AprilDRyan! #BankruptBlogger.”

Note – Lynne Patton had worked with the Trumps since 2009, taking on roles with the Eric Trump Foundation and the Trump family. Patton is also a director of the National Diversity Coalition for Trump.

Lynne’s beef with April appears to have begun after someone tweeted a CNN clip of April talking about President Donald Trump administration’s attitude toward the press and saying she has received death threats since she began reporting on the White House.

”No one from this Administration contacted me. It was beneath me & I apologize to @AprilDRyan.”

”It’s not resolved, not at all. The things she said were terrible.”

”She didn’t only talk about me, she talked about the company I worked for. All lies. It’s not over.”

On August 3, 2019, April’s bodyguard (Joel Morris) forcibly removed a local reporter (Charlie Kratovil) who was covering her speech at a hotel during the annual New Jersey Parent Summit.

Charlie said he was invited to the event and allowed to film for hours prior to April’s appearance. Morris was later charged with harassment, theft, and assault.

“During the intro, this man came up to me, mentioned my video camera & asked me ‘Who are you with?'”

“I gave him my card & explained that I followed the proper channels to cover the event. I asked if he had a card & he responded by saying he was ‘with the speaker.'”

“Though Ryan is happy to light up CNN’s airwaves with outrage over the Trump administration’s heavy-handed actions vis-a-vis press access, what does she have to say when her own actions are in the mix?”

April later said on CNN that Kratovil had permission to be at the event from the organizers, however, she had not granted permission for Charlie to film her. More importantly, April said she did not tell Morris to remove Charlie.

During an interview, Ryan commented:

”This is not about suppressing the press. My body of work stands for me and no, I did not order anyone to do anything at that moment.”

Asked if she regretted the actions of Joel Morris, April said yes. She added:

”I believe in my humble opinion, or I assume, he was concerned about my safety.”

In 2017, Sean Spicer (former White House Press Secretary) demanded Ryan to stop shaking her head while he answered a question during the daily press briefing.

On December 15, 2016, Ryan published – ”At Mama’s Knee: Mothers and Race in Black and White.” In the book, she wrote about her experience as a White House reporter.

On July 18, 2017, she published another book titled – ”The Presidency in Black and White.”

She has two daughters, Grace and Ryan.

“She had mistaken my kindness for weakness.”

“I keep going back because I did nothing wrong!”

“You are not sending a message of protest when you don’t vote.”

“What boggles my mind is that the Black and Brown communities in this country have the highest numbers of negatives in every category.”

”No matter how many storm clouds overhead, this is still the White House-the People’s House.”

”One of the main reasons for Trump’s inability to assimilate with most politicians is his inability to take the spotlight off himself.”

April has conducted one-on-one interviews with:

As a White House correspondent, she has covered four presidential administrations.

In 2004, she was named an American Swiss Foundation Young Leader.

Her blog, “Fabric of America,” is devoted to minority stories and real-life problems in the US.

She has served on the board of the White House Correspondents Association.

In May 2017, the National Association of Black Journalists named April as the Journalist of the Year.

Prior to working for the White House press corps, April worked for several radio stations, including:

Ryan earned most of her wealth from being a White House correspondent for over 2 decades. Her position has afforded her unusual insight into the political struggles of the last four US presidents.

In addition, April works as a political analyst for CNN since 2017.

She also made some money from selling her books, Under Fire, At Mama’s Knee, and The Presidency.

Therefore, reporter April Ryan has an estimated net worth of $2 million.

READ THIS NEXT: Who is Tonya Banks?