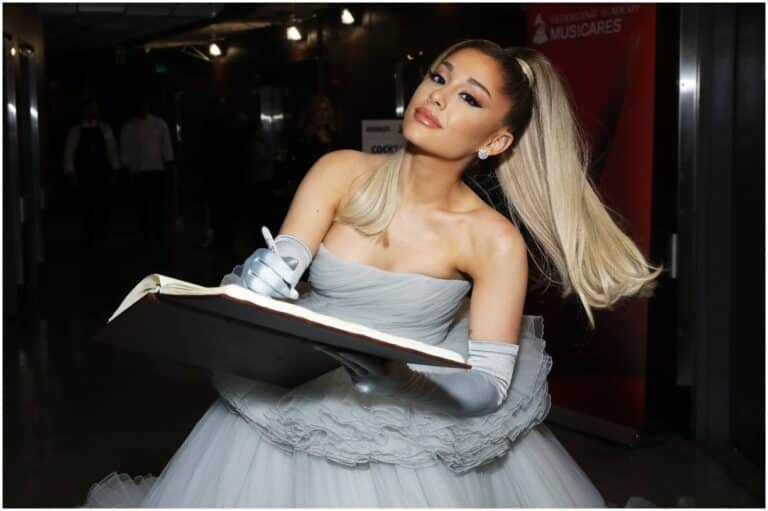 Barrymore is an American entrepreneur, model, and actress, who received a BAFTA nomination, a Screen Actors Guild Award, and a Golden Globe.

In 2004, the actress received a star on the Hollywood Walk of Fame. In 2015, Drew released her second memoir, Wildflower.

Brand is an English activist, author, radio host, actor, and comedian, who worked as a voice actor in the films Hop and Despicable Me. Russel launched his political-comedy web series The Trews in 2014.

Dwayne Johnson, nicknamed The Rock, is an American retired professional wrestler, investor, actor, and producer, who had his first lead role in the spin-off The Scorpion King.

His films have grossed more than $10.7 billion worldwide.

Ronaldo is a Portuguese professional footballer who plays as a forward for the Portugal national team and Serie A club Juventus.

In 2014, Time included Cristiano on their list of the 100 most influential people in the world. Cristiano also has over 198 million followers on Instagram.

Black is an American songwriter, musician, singer, comedian, and actor, who was inducted into Hollywood’s Walk of Fame in 2018.

Jack is known for his roles in films such as Jumanji: Welcome to the Jungle, Goosebumps, Bernie, High Fidelity, Gulliver’s Travels, Shallow Hal, Tropic Thunder, School of Rock, The Holiday, Tenacious D in the Pick of Destiny, and King Kong.

Smith is an American actor who has won four Grammy Awards. He has been nominated for two Academy Awards and five Golden Globe Awards.

In 2016, Will played Deadshot in the action film Suicide Squad. In 2013, he starred in After Earth with his son Jaden. His films have grossed more than $8.7 billion at the global box office.

Schwarzenegger is an Austrian-American actor who won the Mr. Universe title at age 20.

Arnold has appeared in a number of successful films, such as Twins, Predator, Terminator, The Running Man, and Commando. His breakthrough film was the epic Conan the Barbarian in 1982.

Reynolds is a Canadian-American actor who began his career starring in the teen soap opera Hillside. In 2017, Ryan was awarded a star on the Hollywood Walk of Fame. His biggest commercial success came with the film Deadpool.

Efron is an American actor who starred in many films including – Extremely Wicked, Shockingly Evil and Vile, Hairspray, The Greatest Showman, 17 Again, Baywatch, New Year’s Eve, Neighbors 2: Sorority Rising, Dirty Grandpa, Neighbors, The Paperboy, and The Lucky One. Zack attended the Pacific Conservatory of the Performing Arts.

Peck is an American actor who is best known for starring in The Wackness, Red Dawn, Drillbit Taylor, and Mean Creek. Furthermore, he has a podcast called “Curious with Josh Peck.” In 2016, Josh was cast as Ross in the FOX series Pitch.

Polizzi, nicknamed “Snooki,” is a Chilean-American dancer, professional wrestler, author, television host, and reality television personality, who is best known for being a cast member of the reality show Jersey Shore.

She also competed in the 17th season of Dancing with the Stars. Since November 2015, Polizzi has starred with Farley on the web series Snooki & Jwoww: Moms With Attitude.

Tisdale is an American producer, singer, and actress who gained fame as Maddie Fitzpatrick in the series The Suite Life of Zack & Cody.

From 2007 to 2015, Ashley starred as Candace Flynn in the animated series Phineas & Ferb. In 2016, Tisdale launched her own makeup brand, called – ”Illuminate Cosmetics.”

Petsch is an American actress who was the star of the horror film Clare at 16. In 2016, Madelaine gained fame for her role as Cheryl Blossom in the Archie adaptation Riverdale. In March 2017, Petsch joined the cast of the film Polaroid. She is vegan.

Ziegler is an American dancer who starred as Christina in the film The Book of Henry in 2017. Maddie appeared in the music videos for the Sia songs Elastic Heart and Chandelier.

Ramsay is a British food critic, television personality, writer, and chef, who was ranked as the 33rd-highest-earning celebrity in the world by Forbes in 2018.

His restaurants have been awarded 16 Michelin stars in total. On August 9, 2011, he opened his first Canadian restaurant, Laurier Gordon Ramsay in Montreal.

Strijd is a Dutch model who is best known for her work for Yves Saint Laurent and Victoria’s Secret.

Romee has walked for:

Jenner is an American social media icon, businesswoman, reality star, and a member of the famous Kardashian/Jenner family.

In November 2018, New York Post credited Kylie for being the most influential celebrity in the fashion industry. She is also the founder of cosmetic company Kylie Cosmetics.

Dewan is an American actress and dancer who is known for her role as Nora Clark in the film Step Up. In November 2011, she starred in the film The Jerk Theory.

Mitchell is a Canadian author, entrepreneur, model, and actress, who starred as Peach Salinger in the thriller series You. Shay co-authored the novel Bliss with Michaela Blaney.

On June 28, 2019, she revealed on her YouTube channel that she was expecting a baby girl.