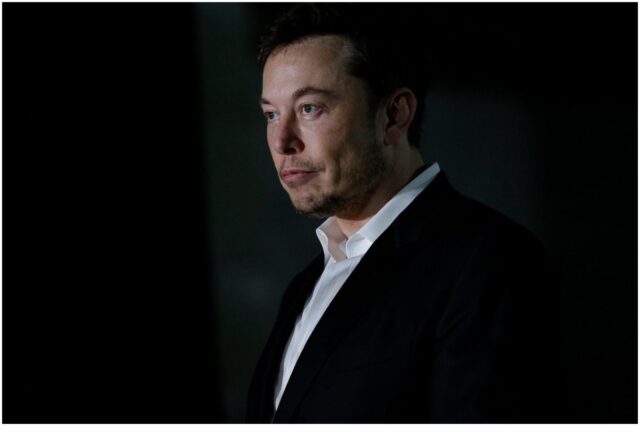 Who are the most famous people who watch anime?

Anime is an abbreviated pronunciation of Animation in Japan. Outside Japan, anime refers specifically to animation from Japan.

Japanese anime accounts for about 60 percent of the world’s animated television shows. Created in 1969, Sazae-san is the longest-running anime.

“Keanu and I were often the only two customers at Animate, when it existed on Melrose. That’s my Keanu story. He likes anime.”

Elon Musk is one of the most innovative and successful entrepreneurs of our time. He co-founded Tesla Motors, a leading manufacturer of electric vehicles.

Some of his favorite anime movies and series include Your Name, Fullmetal Alchemist, Ghost In The Shell, Spirited Away, Princess Mononoke, Neon Genesis Evangelion, and Death Note.

On April 19, 2019, Elon changed his icon to a picture of Edward Elric, a fictional character in the popular anime series “Fullmetal Alchemist.”

Bill Burr is an American comedian and actor who has appeared on television shows such as Breaking Bad and Walk of Shame.

Bill Burr said that he likes One Punch Man, a 2009 Japanese superhero webcomic created by the artist One.

“One Punch Man” has a manga adaptation illustrated by Yusuke Murata.

In a 2013 interview, Rousey talked about her long-time obsession with Dragon Ball Z, a Japanese anime TV series produced by Toei Animation. She said:

“Vegeta. For sure. Goku is such a f#####g goody goody that he’d be fun to be friends with but I’d get annoyed hanging out with him after 2 weeks, let alone after a whole year.”

Ronda went on to say:

“I’d imagine that Vegeta and I would have many an interesting debate.”

In 2018, Grande shared her love for Anime with her followers, including several posts about Chihiro, the main character in Spirited Away, a 2001 Japanese animated coming-of-age fantasy film.

“Chihiro’s growth into a capable individual is a core factor to the movement of Spirited Away’s plot.”

“During her adventure in the Spirit World, she matures from an easily-scared girl with a child-like personality to match her age to a hard-working, responsible and brave young girl who has learned to put her fears aside for those she cares for.”

Grande also revealed on her Instagram account a new massive tattoo that is dedicated to the character Chihiro.

According to MTV, the singer is a big fan of anime and manga.

She also wrote two songs for One Piece Film: Z, a 2012 Japanese anime fantasy action-adventure film that is based on the shōnen manga series One Piece by Eiichiro Oda. One Piece Film: Z was directed by Tatsuya Nagamine.

“Anime, I think because of its long-form format, so, it lasts for ages… you take something like Naruto for example.”

“You literally watch a character grow up day by day, and then there are filler episodes that give you, kind of like, clarity on the world surrounding the leads, or the several different leads in the anime.”

He also listed his top 5 animes:

The Barbadian singer is a fan of Hunter x Hunter, a Japanese manga series written and illustrated by Yoshihiro Togashi.

Quentin Tarantino is an American director, screenwriter, and actor. His films are characterized by nonlinear storylines, dark humor, bloody violence, and a reputation for referencing other works of film, literature, and pop culture.

“I want to have the fun of doing anime and I love anime, but I can’t do storyboards because I can’t really draw and that’s what they live and die on.”

“My dad was a figurine hoarder, full stop. There are multiple storage lockers full that we’ve got to go thru, mostly blind as they’re unboxed/handpainted & unlabeled?”

“Pretty sure this is Knute though, so I guess that’s one identified. Might ask y’all for help in the future.”

Fox said for Cosmopolitan that she would love to see a film version of the anime series Sailor Moon, a Japanese anime series based on the manga of the same title written by Naoko Takeuchi. She said:

“That could feasibly be made into a live-action movie.”

Zac Efron is an American actor and singer.

He began acting professionally in the early 2000s and rose to fame in the Disney Channel television movie High School Musical (2006).

His favorite anime series are:

The American actor said in an interview:

“I’ve been trolling the comic book world forever. And through doing that, I got turned on to things like Ninja Scroll.”

Christian Bale is an English actor who has starred in some of Hollywood’s most successful films. He made his film debut at age 13 in Steven Spielberg’s World War II epic Empire of the Sun (1987)

He later starred in the blockbuster “Batman” trilogy, directed by Christopher Nolan.

It was directed by Shinichirō Watanabe, the king of contemporary anime.

Jamie Lee Curtis is an American actress best known for her roles in horror movies, such as Halloween and The Fog.

In 2017, Curtis attended the red carpet for One Piece Film: Gold, a 2016 Japanese animated fantasy action-adventure film produced by Toei Animation and directed by Hiroaki Miyamoto.

In 2014, Williams released the music video ”It Girl,” which was made of sparkles, video games, and anime.

John Cena is an American professional wrestler, actor, and rapper.

He began his wrestling career in 1999 with Ultimate Pro Wrestling.

Kanye West is a highly successful American rapper, songwriter, and record producer. He first rose to prominence in the early 2000s, when he released his debut album, The College Dropout.

According to The Fader, West is a fan of Akira – a 1988 Japanese animated post-apocalyptic cyberpunk film based on Katsuhiro Otomo’s 1982 manga of the same name. Akira was written by Otomo and Izo Hashimoto.

“This movie is my biggest creative inspiration.”