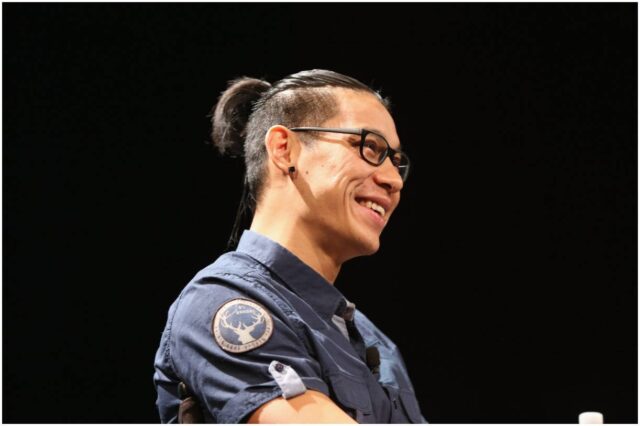 He is the first American of Chinese or Taiwanese descent to play in the NBA.

Lin was born on August 23, 1988, in Torrance, California, the USA to Taiwanese immigrants Shirley Lin and Lin Gie-Ming.

Jeremy has two brothers, Joseph and Josh. He grew up in the San Francisco Bay Area.

Lin learned to play basketball from his father at a local YMCA.

After high school, Lin played college basketball at Harvard University. In his sophomore year, Jeremy was named to the ”All-Ivy League Second Team.”

Lin made his NBA debut in 2010 with the Golden State Warriors. Jeremy finished his rookie NBA season averaging 2.6 points on 38.9% shooting in 29 games.

On March 31, 2012, the New York  Knicks announced that Jeremy would undergo surgery to repair a torn meniscus.

In June 2012, the Houston Rockets offered a $28.8 million contract over 4 years. Lin accepted the deal.

On October 18, 2017, Jeremy suffered a ruptured patella tendon in his right knee when he landed awkwardly during a game. He missed the remainder of the season.

On July 13, 2018, he was traded to the Atlanta Hawks. The team acquired Jeremy to be a mentor for Trae Young, who, at the time, was a rookie point guard.

During the playoffs, he averaged about 3.4 minutes. During the NBA Finals, he only played one minute.

On August 27, 2019, Lin announced that he will officially be headed to the Chinese Basketball Association’s Beijing Ducks.

During an interview, Lin said:

”I knew how much of an honor it would be to hoop in front of all my Chinese fans.”

Jeremy went on to say:

“I’m here now and can’t wait for the season.”

He was reportedly offered $3 million to join Beijing Ducks.

During another interview, Jeremy declared:

Jeremy is a fan of Dota 2, a multiplayer online battle arena that was published by Valve Corporation.

In 2015, he served as a TV analyst for the International Dota 2 Championships.

In 2016, it was announced that Lin started a new Dota 2 team, called ”Team VGJ” in collaboration with Vici Gaming and China Digital Group.

”When I think about my business stuff, I actually connect a lot of my philanthropy into it.”

”I’ve taken teammates to Taiwan and to China and they love it. They’re like, ‘I want to be a part of that.’”

“My job is to be gracious and loving.”

”I just don’t think the average fan really understands much about what it means to be a professional athlete.”

”Dont forget to take time today to thank God for the greatest gift.”

In October 2016, he donated #1 million dollars to Harvard University.

He has collaborated with MC Jin (an American rapper) for the single “The First Opponent.”

When asked about what he thinks of Kobe Bryant (when they both played for LA Lakers) as a teammate, Jeremy responded:

Lin went on to say:

”And then, when he got hurt, we didn’t get to see him around as much.”

In 2012, Jeremy was featured on Time magazine’s list of the 100 most influential people in the world.

His parents are both 5 feet 6 inches tall.

Lin earned most of his wealth from his career in the NBA. There, Jeremy spent 9 years with the NBA and played for 8 teams including – New York Knicks, Los Angeles Lakers, The Brooklyn Nets, and Houston Rockets.

His contract with the Rockets was reportedly worth $25 million, while his contract with The Brooklyn Nets was for $36 million. In addition, Lin earned money from his sponsors (Adidas, Steiner Sports, Nike, and Volvo). Therefore, professional basketball player Jeremy Lin has an estimated net worth of $40 million.

READ THIS NEXT: Is Chad Johnson married?