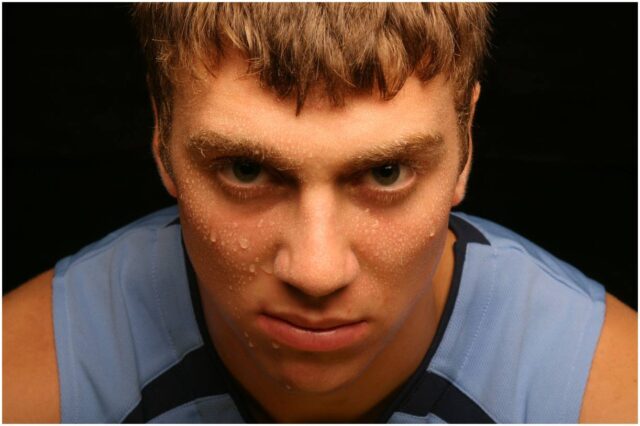 Tyler Hansbrough is an American professional basketball forward who began his NBA career with the Indiana Pacers in 2009.

He is best known for his hard-working nature.

His parents, Tami and Gene, are divorced. His mother served as an associate director of development at the UNC School of Dentistry, whereas his father is an orthopedic surgeon.

Hansbrough played four years of college basketball in North Carolina. During his time there, Hansbrough won a magnificent trophy case which includes a 2009 NCAA Championship.

During a game against Florida State (on February 3, 2008), Tyler broke Lennie Rosenbluth’s 51-year-old school record for made free throws.

In the same year, Tyler was selected by the Indiana Pacers with the 13th overall pick in the NBA draft.

On March 1, 2017, he was acquired by the Fort Wayne Mad Ants of the NBA Development League.

On July 26, 2017, Tyler signed with the Guangzhou Long-Lions (a professional basketball team based in Guangzhou, Guangdong) of the Chinese Basketball Association.

During an interview, Hansbrough said:

“I love playing basketball. I love being on the court, whether it’s in China, NBA or playing with some of my good buddies.”

“I’m enjoying my time in China and trying to make the most of this experience right now.”

In October 2018, Tyler signed with the Zhejiang Golden Bulls (a Chinese professional basketball team that is based in Yiwu in Zhejiang), returning to China for a 2nd stint.

In November 2019, he signed with the Sichuan Blue Whales. He averaged 32 points and 13 rebounds per game.

READ MORE: What is the net worth of J.B. Holmes?

He has two brothers, Greg and Ben.

Greg ran 13 half-marathons and three marathons, and was the captain of his high school cross-country team.

“I still love to compete, I love to work, I love the process. I love to practice.”

“China has been great. It’s been a learning experience. Learning another culture, in pretty much a whole different world. Learning about different places in the world but still getting a chance to play basketball.”

”Not everyone is as lucky as me where they wind up in such a good situation with the kind of coaches and teammates that I had.”

“I consider myself a tougher guy, but I’ve seen things and I didn’t know Ron {Artest} all that well.”

“I love playing basketball. So, I’m just lucky to have the opportunity to go to different places in the world and play.”

READ MORE: All You Need To Know About Kerry Earnhardt

Some of his career highlights are:

On February 15, 2006, when he scored 40 points in a home game against Georgia Tech, he set an ACC freshman scoring record and a Dean Smith Center scoring record.

On April 9, 2005, in the Nike Hoop Summit in Memphis, Tennessee, Hansbrough tied the United States record for points in the game when he scored 31 points in a 106–98 USA win over the World Select Team.

Hansbrough played alongside Roy Hibbert on the Indiana Pacers from 2009 to 2013.

Tyler won an NCAA championship in his senior season at North Carolina.

In 2008, Hansbrough was named ACC Player of the Year.

Hansbrough’s agent is Jim Tanner of Tandem Sports and Entertainment.

Hansbrough earned most of his wealth by working as a professional basketball player. Currently, he plays for the Zhejiang Golden Bulls of the CBA (Chinese Basketball Association).

Tyler also played in the NBA Development League. For the 2015–2016 season, he played for the Charlotte Hornets. Also, Tyler played two seasons for the Raptors, and four seasons for the Pacers.

Therefore, Tyler Hansbrough has an estimated net worth of $20 million.

Where is Tyler Hansbrough today?

READ THIS NEXT: Who is Chris Heria?