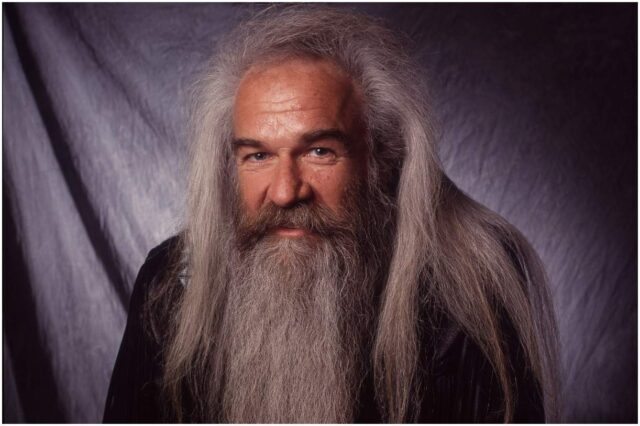 William Lee Golden is an American country singer who has been the baritone singer for the group – ”The Oak Ridge Boys.”

Lee has become one of the most recognizable faces in the entertainment industry and is widely known for his waist-length hair and beard.

Golden grew up in Brewton, Alabama.

The Oak Ridge Boys are an American gospel and country vocal quartet. The group was founded in the 1940s.

In 1975, The Oak Ridge Boys switched to country music.

During an interview, Golden said:

“We had reached the height of gospel success.”

In 1986, Golden recorded the album, titled – ”American Vagabond,” as a solo artist. Two singles, “You Can’t Take It With You” and “Love Is the Only Way Out,” appeared on the country charts.

Actually, he was voted out of the group, as the other members wanted to change the band’s image.

During an interview, Lee declared:

“I didn’t even know what was going on for awhile. So all I knew is what I was readin’ every day [in the papers] when it all went down.”

William was replaced by the band’s guitarist, Steve Sanders (who died in 1998 from a self-inflicted gunshot wound to the head).

On June 25, 2019, The NY Times Magazine listed the group among the artists whose material was destroyed in the 2008 Universal fire. The fire erupted on June 1st, 2008, on the backlot of Universal Studios Hollywood.

According to a June 2019 NY Times Magazine, the fire destroyed the original audio master tapes belonging to some of the best-selling artists worldwide, including:

READ MORE: Who is Nivea?

The couple met backstage during a show at Knott’s Berry Farm. They are both art lovers, which drove Simone to paint a portrait of William as a gift.

In 2009, Lee and Simone reconnected over the loss of their mothers.

READ MORE: What is Tosin Abasi’s net worth?

In 2013, Lee started calling Simone daily, months after he was served with divorce papers from Brenda Kaye Hall.

Simone was pleasantly surprised to discover that William had held onto her painting after so many years. Staley said:

“I had always wondered if he held onto that painting.”

Simone went on to say:

“It was probably silly to do so, but I just felt very strongly about it after pouring my heart and soul into it.”

After the ceremony, Simone wrote on her Twitter page:

“I am married to my beloved William Lee Golden. I am so blessed to be a newlywed, mother and grandmother.”

His sons Chris and Rusty played in his road band during his solo career.

They also recorded as a group called – ”The Goldens” for Capitol Records and Epic Records between 1987 and 1991.

The Goldens’ self-titled debut album was released in 1987.

Two singles from the album, ”Sorry Girls” and ”Put Us Together Again,” are charted on the Billboard Hot Country Singles & Tracks chart.

”The mountain man and Indian way of life appealed to me because it brought me back to my childhood where the simple things in life meant the most.”

In December 2018, ”The Oak Ridge Boys” participated at the funeral of George H. W. Bush, in Houston, Texas.

During the service, the group sang “Amazing Grace.”

Duane Allen, one of the members of the quartet, recalled meeting George H. W. Bush when he was vice president.

Duane said that Bush told them:

Golden made most of his wealth from being part of the group – ”The Oak Ridge Boys.” Their numerous Platinum and Gold recordings include “Elvira,” “Ozark Mountain Jubilee,” and “Thank God For Kids.” The group has more than 30 million records sold.

Most likely, ”The Oak Ridge Boys” could have made more money, but they refused lucrative offers to do cigarette and beer commercials.

READ THIS NEXT: Brandon Casey Net Worth