Andy Bassich is an American television personality who appears in the reality show Life Below Zero.

He graduated from John F. Kennedy High in 1976.

After high school, Andy worked as a cabinet maker and carpenter.

In 1976, he went to travel across the US, including Alaska. However, Bassich had to go back home to his sister’s wedding.

In 1980, Andy moved to Alaska. When asked about the main reason for his relocation, he responded:

Andy went on to say:

”I wanted a little more peace and quiet and serenity, a little bit more space.”

There, he started to work as a riverboat captain on the Yukun River.

Starting in 2013, he went to appear on Life Below Zero, a documentary series that chronicles the lives of Alaskans living in remote wilderness areas.

Other cast members of Life Below Zero are:

Andy Bassich used to be married to Kate Rorke Bassich.

The pair first met in Dawson City in 2003. At the time, Kate was a tourist and Bassich was working as a riverboat captain.

In a 2013 interview with Washingtonian, Andy detailed how he met his wife:

”I worked on the Yukon River as a riverboat captain for 20 years, and I met her up in Dawson City.”

”She was a tourist coming through, and we hit it off really well. We met in 2003, and we’ve been together ever since.”

Kate said about living in Alaska:

”For those who want to live this lifestyle, it is not the fairy tale of sitting in a log cabin with a dog at your side and knitting or reading a book.”

”You need to be self-motivated and have the work ethic of a madman; this no life for the lazy.”

During a later interview, Kate revealed that her ex-husband had been abusing her. She said:

”The hardest part is understanding why I stayed so long in an abusive relationship.”

Kate went on to say:

”I do know I love the land, I loved the lifestyle but I could not love the man he really is.”

”I lived in a fairytale belief that someday he would become a kind, faithful, loving person.”

Currently, she is no longer part of Life Below Zero. At the moment, Kate is living in Canada. She said in a video:

”The memories are good, the friends are good, and it’s nice to be around people who have known me since the beginning of time.”

After his divorce from Kate, Bassich started to date Denise Becker. The couple met while she was on a boat trip.

Denise is a trauma nurse who has helped Andy recuperate from an injury. Bassich said about his injury:

”I ended up with two infections – one in the muscle, one in the bone – and it almost killed me.”

”It’s time to get back to my home in Calico Bluff, play a little bit of catch up this summer with getting my dogs back down there, getting my house back in order.”

READ MORE: Who is Big Chief?

He can’t legally hunt marine mammals in Alaska since he was not born there.

After the abuse of his former wife, Andy received negative criticism for his behavior. Some fans of Living Below Zero said that they will not be watching the reality TV show anymore if Andy is still on the show.

”We ask that viewers keep their discussions based on the content of the show, not on speculations about the offscreen personal lives of the cast.”

Kate posted on her Facebook page that she suffers from PTSD. Note – post-traumatic stress disorder can develop following any event that makes an individual fear for his safety.

In 2009, Andy, Kate, and 21 sled dogs were rescued after a flood hit their home by the Yukon River. In 2013, he explained to Alaska Public how he prepared for a possible new flood:

”I built a large raft about 16 by 20 foot with large barrels underneath of it and we plan on putting snow machines and tools up on top of that.”

“We just moved our fish rack with about 1500 fish on it and then I’m gonna start working on building an extension on the upper deck of our porch so that we can have an area to put all of our household goods.”

Bassich earns most of his wealth from being part of the television reality show Living Below Zero.

In addition, Andy makes some money from raising sled dogs for the mushing business. Therefore, reality television star Andy Bassich has an estimated net worth of $0.3 million. 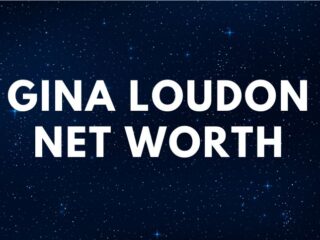 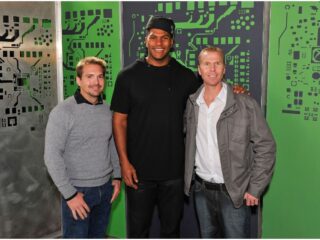 What happened to Ice Berg's eye? He was my favorite character on the show when he was alive.

I think Andy Bassich should continue on the show because he is very inventive and good to his animals and that says a lot about a person. Life is very difficult in the bush because I have lived in Alaska,. Dont beso quick to judge a person if you know nothing of the hardships

I love watching the show it’s Great. What happened to Morgan and his new plane.