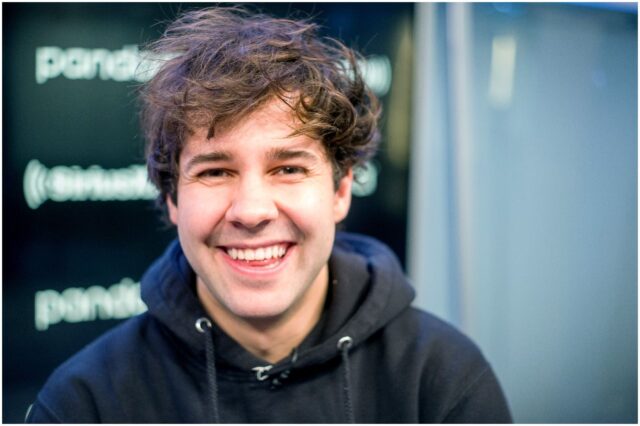 Dobrik is not a US citizen. Formerly an illegal immigrant, David is currently protected under Deferred Action for Childhood Arrivals (DACA) signed by President Obama in 2012. As of 2017, approximately 800,000 people – referred to as ”Dreamers” after the DREAM Act bill – were enrolled in the program created by DACA.

“I’m not allowed to leave the country because I am under what you call DACA. If I leave, I can’t re-enter for another 10 years.”

On April 3, 2013, he posted his first video to Vine. David credited Vine for his success and conceded that had it not been for the video-sharing platform, he ”would still be back on the farm in Illinois raising cattle, or worse, going to college.”

In 2017, David won Breakout Creator at the Streamy Awards. For 2018, he leads with 6 nominations, while veteran creator Casey Neistat and Escape The Night follow with 5.

In 2018, Dobrik was on a nine-city tour with his Views co-host Jason Nash (a semi-finalist on Last Comic Standing in 2010). During an interview, Davis quoted:

“Right now, I’m saying ‘yes’ to a lot more things. I turned down pretty much every meeting for the past two years — just because the vlog is so time-consuming.”

”But now I’m taking a bunch of meetings and doing everything I should’ve been doing two years ago.”

In 2020, he launched the mobile camera app Dispo.

In 2015, he met a YouTube star named Liza Koshy and they began dating.

Note – Liza Koshy is an American social media star, YouTube personality, and actress. Liza was born on March 31, 1996, in Houston, Texas, USA, where she was raised by her parents with her 2 older sisters. Koshy belongs to mixed ethnicity as she has Caucasian and Indian ethnicity.

In 2019, in a YouTube video, the two announced that they broke out. ”Liza broke up with me because she felt like we’ve been distant because we’ve been so busy,” David said in their breakup announcement video.

”We felt like we were living separate lives but neither of us was coming to terms with it.”

The two have since remained close friends.

According to some sources, Dobrik is secretly dating Natalie Mariduena, his assistant and roommate. He actually admitted to having a crush on Natalie back in their high school days.

His parents’ names are unknown – the only thing which can be said for sure is that they are Slovakian immigrants.

He has three siblings, Sara, Ester, and Toby.

”Thank you to everyone that voted and thank you to my childhood hero, Josh Peck for hand delivering the blimp himself!”

David said that he speaks Slovak as well as Hungarian.

In 2019, he revealed that his first kiss happened when he was 17 years old — that also happens to be around the time he started creating Vines. Dobrik explained:

”I was 17, it was under this gazebo and it was super planned. I was talking to this girl and I was like, – We’re gonna kiss and then we’re gonna make out, and I’m gonna touch your b###s.”

In 2019, Trisha Paytas posted a picture on Instagram where she is posing wearing a T-Shirt with David’s face on it! Some people speculated that Paytas is trying to get back into Vlog Squad. Or, it could all have been a method for her to spark some harmless internet debate again.

In 2018, he was named one of the “10 Social Media Personalities Making the Most Noise” by PAPER Magazine alongside Trisha Paytas, Bretman Rock, and Jaboukie Young-White among others.

In the same year, he won First Person at the 2018 Streamy Awards while The Vlog Squad won Best Ensemble Cast under the name “David’s Vlog.”

Dobrik has collaborated with many other YouTubers, including:

He has a second channel, David Dobrik Too, that has accumulated over 8 million subscribers. In September 2018, he created his third channel, Views Podcast, where David posts the video podcast of Views.

Dobrik earns most of his wealth from advertisements on his YouTube channel, selling merchandise (mainly T-shirts), and sponsors.

On YouTube, Dobrik has over 8 billion views, which translates into about $24 million in revenue, before taxes.

READ THIS NEXT: Who is P. Allen Smith?