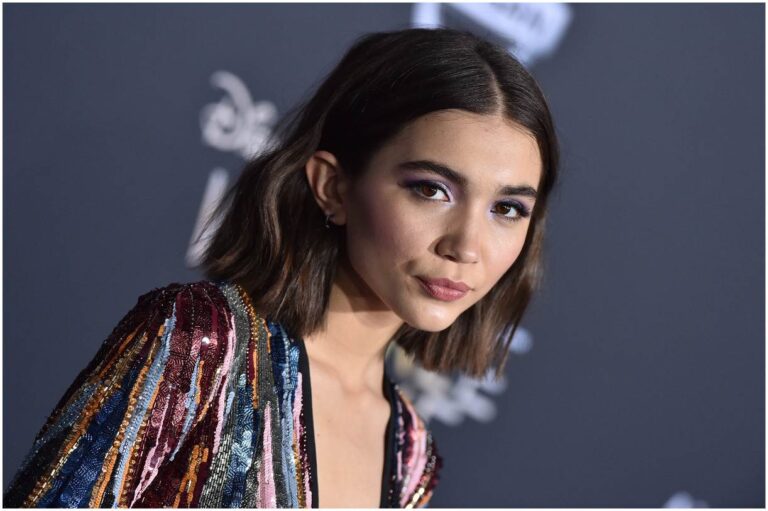 Rowan Blanchard (birth name – Rowan Eleanor Blanchard) is an American actress who is best known for her role as Riley Matthews in the Disney Channel show Girl Meets World.

Her father, Mark Blanchard, is a yoga teacher.

She has a younger brother named Shane and a younger sister named Carmen.

Blanchard started acting when she was 5 years old.

At age 7, she appeared in the film The Back-Up Plan as Mona’s Kid.

In 2011, Rowan was cast as Rebecca Wilson in Spy Kids: All the Time in the World.

In 2012, Blanchard was nominated for a Young Artist Award for her portrayal of Rebecca in Spy Kids.

She rose to fame on the Disney Channel series Girl Meet World, a spinoff of Boy Meets World.

The series followed the life of Boy Meets World characters Cory and Topanga’s daughter, Riley, and her friends, Lucas, Farkle, and Maya. It was canceled in 2017 after three seasons.

In 2018, she co-starred in the feature film adaptation A Wrinkle in Time.

In 2019, it was reported that Rowan was cast as Alexandra (a self-assured 17-year-old with mysterious connections to the history of Snowpiercer) in TNT’s Snowpiercer, a thriller starring Daveed Diggs and Jennifer Connelly based on the 2013 film of the same name by Bong Joon-ho.

In 2018, she released a book, titled – ”Still Here.” In the book, she presents poems from her friends who inspire her as well as personal photos, poems, diary entries.

In 2016, Rowan tweeted that she identifies as queer and was “open to liking any gender” even though she had “only ever liked boys.” She also said:

”To me, in the context of the people I’ve talked about it with who are my friends, queer means not subscribing to this binary of like, ‘You’re straight or you’re gay, and that’s it. There’s no in-between. That’s all you’ll ever be.’”

”I personally don’t wanna label myself as straight, gay or whateva so I am not gonna give myself labels to stick with – just existing.”

”I’ve sort of always loved films that were not, I guess, typical. Or they also don’t feel completely narrative.”

”I have been interested in beauty and the politics of it for a really long time before I had the language for it.”

”Skincare has always felt so personal to me, because it’s one factor of my body that I am able to control.” Source

”I try not to put pressure on myself to be confident. Falsifying that emotion never worked for me.”

She is unashamed to bare her armpit hair.

Her favorite actress is Emma Watson.

Rowan was named after a character in Anne Rice’s The Witching Hour.

When asked about her thoughts on college, she responded:

”I absolutely do want to go. I think since I’ve lived in LA my whole life, I’d like to come to New York for college and try it out there.”

Blanchard has a dog named Winston.

She is a public activist in areas such as gun violence, human rights, and feminism. She tweeted in 2016:

”Ppl who would most need guns for ‘protection’ in America (as pro-gun people say they need guns for) are always the victims of gun violence.”

Other famous young actresses are Heléne Yorke and Malina Weissman.

Blanchard earned most of her wealth from performing in 17 movies and TV series.

Her most lucrative contract was on the Disney Channel series Girl Meets World that aired from 2014 until 2017. She appeared in 72 episodes. Therefore, Rowan Blanchard has an estimated net worth of $4.5 million.

READ THIS NEXT: Biography of Giorgio Armani