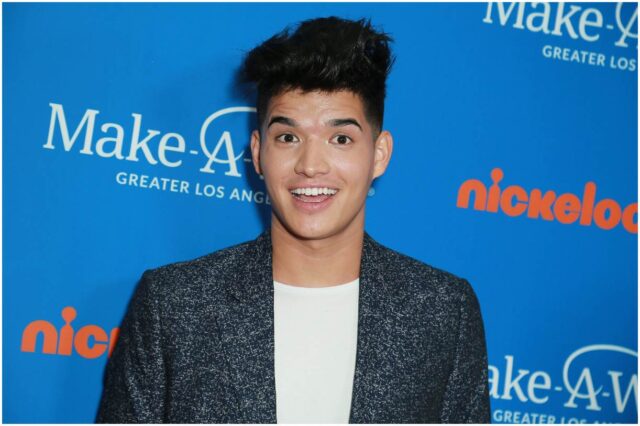 Alex Wassabi (real name – Alex Burriss) is an American YouTuber and Instagram celebrity who is best known as one half of the duo in charge of Wassabi Productions alongside Roi Fabito.

Wassabi was born on March 28, 1990, in Great Falls, Montana, USA. He is of Filipino ethnicity.

Alex uploaded his first video to Vine on May 1, 2013. He later quit the 6-second video app Vine to solely focus on YouTube.

On January 25, 2006, he started a YouTube channel named Wassabi Productions.

Roi Fabito left Wassabi in 2016, after ten years. During an interview, Alex explained:

“After ten years of making videos together, Roi came to me and said he was unhappy at Wassabi Productions and wanted to leave for reasons we’re not gonna disclose.”

Burriss went on to say:

“I was sad to hear it, but everybody knows that the first most important thing in life is happiness.”

“I will be posting on the main channel every week, on Wassabi Wednesday, like we’ve been doing for years and years.”

At the time of writing, the channel has more than 2.47 million subscribers and over 354 million views. The last video uploaded on this channel was in 2016.

They met in 2015 at an event in New York called Brandcast. The couple broke up in September 2018.

Lauren explained in a video:

Note – Lauren Riihimaki is a Canadian YouTuber who has over 8.99 million subscribers on her YouTube channel. She is of Ukrainian, Finnish, and Japanese descent and is from Toronto, Canada.

Lauren started posting to YouTube in the spring of 2012 while in college. In addition, Riihimaki runs a popular blog.

The popular YouTuber graduated from Ryerson University in 2015 with a degree in graphic communications management.

“Make all the desperate for views videos you want about me, but if you ever speak Lauren’s name again, I’ll end you.”

About six months after Alex and Lauren broke up, Riihimaki started to date Jeremy Michael Lewis. Jeremy is the director of sales at Tagboard. He has an Instagram account (@jeremymichael22) that has over 181,000 followers.

Riihimaki said on a video announcing her new romantical relationship:

“I’ve been meaning to chat about this, but I don’t want to make it a big deal because I don’t think it’s a huge, crazy deal.”

“I wanted to confirm that, yes, I am dating someone.”

Jeremy Michael Lewis was previously in a relationship with American singer Kirstin Maldonado.

”I went there [Bora Bora] with my girlfriend, and it was just in the middle of nowhere [and] there was no wifi where we were at.”

”I go shirtless very rarely, not a common thing. But, when I do, things get crazy.”

In 2017, he bought his entire family a beautiful house. He said to his parents:

“I wanted to repay you for the life you gave us, for the love you put in our hearts, and show you how much you mean to me.”

His followers and subscribers are called ”Wassabians.”

When he was young, Wassabi was diagnosed with ADHD, a condition that makes it hard to think before acting, keep still, and focus.

His channel’s name,”Wassabi Productions,” was inspired by the “Wasabi Snooters” segment in Jackass: The Movie.

Alex has a sister named Mariah. His brothers Aaron and Andrew are also web video celebrities.

In July 2019, Alex and Vanessa Merrell teamed up for a song (Night Shirt) and a video about the disrespect you feel when your partner steals your favorite shirt to sleep in.

In August 2019, he sparred with YouTuber Fouseytube. Their match ended in a KO for Alex.

KSI, a popular British YouTuber, said after the match:

“You [Alex] always find a new way to make me laugh.”

KSI went on to say:

“He couldn’t even beat Fouseytube. It’s a shame, because Alex actually did alright! …but god damn, one punch from Fousey and he’s dropped!”

In November 2019, Alex and Tia Hemphill were photographed on the red carpet at an annual fundraising event.

In December 2019, Wassabi was tapped as a guest judge on a Nickelodeon holiday series named ”Top Elf.” The show will star Samantha Turret as Ms. Jingles and Tommy Snider as Santa Claus.

READ MORE: Who is Adam LZ?

Wassabi earned most of his wealth from sponsors (on YouTube and Instagram) as well as advertisements on his popular YouTube channel. On YouTube, Alex has over 4.8 billion views, which means approximately $12 million in revenue before taxes. However, he split a good part of the money with his former partner Roi Fabito.

Moreover, he made some money from performing in movies such as Airplane Mode and Laid in America. In 2019, Alex joined season 2 of the ”Light as a Feather” series as well as Nickelodeon’s Middle School Moguls series.

In addition, Alex sells merch on his website – alexwassabi.com.

Therefore, Alex Wassabi has an estimated net worth of $10 million.

READ THIS NEXT: Kwebbelkop Net Worth